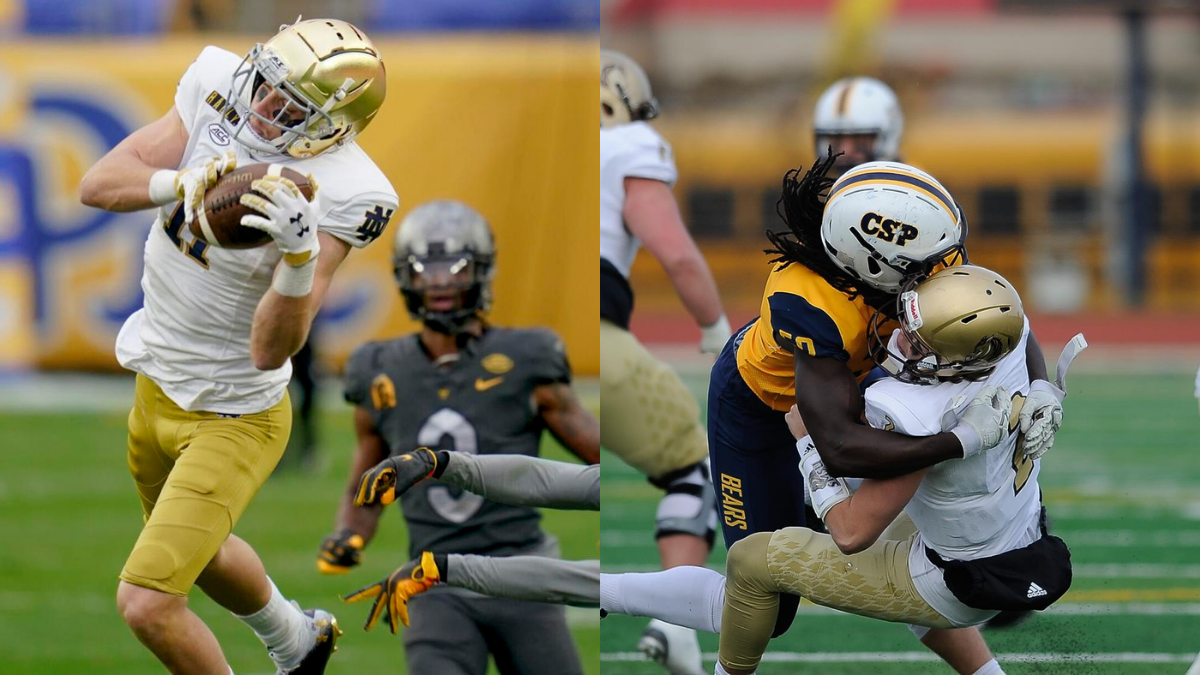 The Los Angeles Rams have more than their share of wide receivers to evaluate as they added their third wide receiver of the 2021 NFL Draft class. This time, they selected Notre Dame WR Ben Skowronek.

At this point in the NFL Draft, teams tend to draft any player that captures the team’s attention. So even though the Rams selected Tutu Atwell and Jacob Harris, there’s no guarantee that Skowronek will make the team.

One thing to know about Skowronek is that he’s a decent sized target. Standing at 6’3″ and weighing about 220 pounds, he’s not an easy guy to bring down. He has a passion for the game and it shows. He’s great with his hands and seems to make plays when they count.

Skowronek has plenty of habits though. To begin with, he plays too high. He also lacks speed and doesn’t break seperation consistently enough to play on the NFL level.

Extra competition on the EDGE doesn’t hurt. Especially if Garrett continues to have the production he had at CSP. One of the main issues with Garrett though is that he played for a small school and they did not play in 2020 due to COVID-19 concerns.

Aside from that, he plays too upright and needs to work on his hand movements. He’s much too slim and will need to bulk up to play EDGE in the NFL level.

Still, Garrett dominated while at CSP. Plays with intensity and relies a lot on instinct, which is something you can’t really coach. He’s atheltic enough to rush the outside consistently and with a high success rate.

If nothing else, Garrett could be beneficial on special teams. Not a bad find for the Rams’ last selection in the 2021 NFL Draft class.