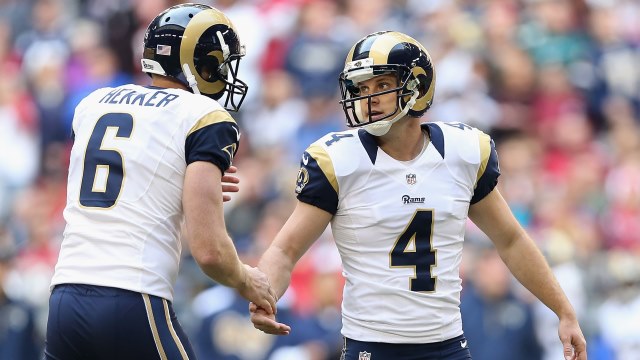 The inconsistent Zuerlein struggled throughout the 2015 season, making only 20 of 30 field goal attempts, including 3 of 9 from 50 yards or more. Zuerlein also missed to extra points attempts.

The 28-year-old kicker has been much more consistent throughout his career as a whole. He completed 78.2% percent of this field goal attempts during his first four years. Unfortunately, Zuerlein has also shown multiple patches of inconsistency at a position that the Rams have heavily relied on since Jeff Fisher took over as head coach.

The Rams could still look at the free agent market to provide Zuerlein with competition heading into the team’s first season in L.A. since 1994.