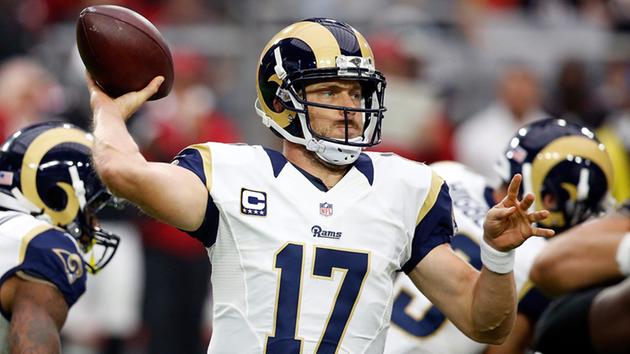 The Los Angeles Rams’ 17-13 victory over the Arizona Cardinals was significant. The victory not only marked the Rams’ victory over a second NFC West rival, the win also marked something the organization had not done in ten years. Los Angeles’ 3-1 start is their best start since 2006, which was the last time the Rams did not have a losing record (8-8). It’s time to start wondering if this team is for real?

Let’s look at the positives first. The Rams have played three road games this season and have won two of three away from the L.A. Coliseum. After laying an egg in Week 1 against the 49ers, L.A. won two close games against the Tampa Bay Buccaneers and the Cardinals. Both wins were not pretty at times, but the defense did enough to preserve two close victories. The Rams are also 2-1 against NFC West rivals.

I understand that the Rams are sitting atop the division, but if you look at the entire product, they still have way too many holes. The Rams are a worse team offensively after four games in this year. L.A. is dead last in yards per game, averaging only 269 YPG, and 30th in points scored at 15.8 PPG. The offensive line provides little protection to Case Keenum in the pocket and fails to give running back Todd Gurley enough space to operate down the middle. Gurley is averaging an anemic 2.6 yards per carry. His 216 rushing yards and two touchdowns on 82 carries are among the offense’s biggest disappointments.

However, quarterback Case Keenum is looking better. Last week against Arizona, Keenum threw for 266 yards and had a QB rating of 111.2. If he can keep putting up these numbers, and Gurley can get out of his early season slump, the Rams have a chance. That’s a big if. Other receivers like Kenny Britt have to step up to force defenses to take all of the attention away from Tavon Austin.

The schedule looks to be daunting as well. With visits to the Seahawks and Patriots, home games against the high-flying Falcons and defending NFC Champion Carolina Panthers, in addition to the London game against the New York Giants, I just cannot see the Rams continuing to have this level of success as we go deeper into the 2016 NFL season. This team is still young and is having some success early, but I don’t think they are going to breakthrough this year, at least not at the current way the team is playing. That may be changing, but the meat of their schedule is still ahead.