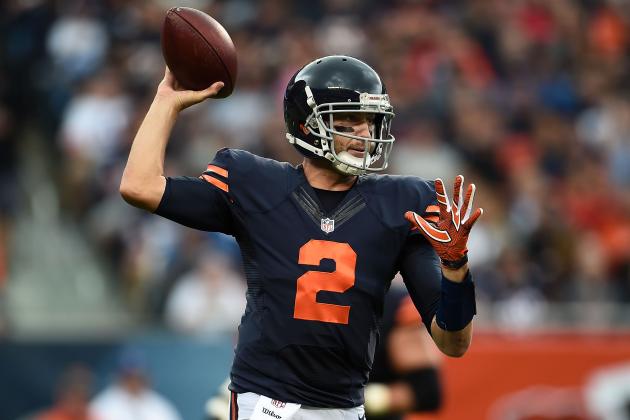 We’re a quarter of the way through the fantasy season and we’ve seen plenty of surprises and plenty of disappointments. Here’s a few guys who have been a bit of both this year:

Carson Wentz, QB, Philadelphia – Wentz is a legitimately viable fantasy option. Two of his first three starts were multiple touchdown games. He’s averaging 256 yards per game and has a plus matchup against the Detroit Lions this week. Wentz has the Eagles firing on all cylinders and until things change, he’ll be a solid fantasy option in most matchups.

Terrance West, RB, Baltimore – It’s hard to trust Terrance West long term, but owners should absolutely be playing him until there’s a noticeable change in the Baltimore backfield. West had 21 carries for 112 yards and a touchdown last week and has a solid matchup against Washington in Week 5. The Ravens will surely work Kenneth Dixon into the mix at some point, but West is the clear cut feature back at the moment and is worth starting this week.

Will Fuller, WR, Houston – Fuller’s status his up for question due to a tough matchup against Minnesota. But odds are star cornerback Xavier Rhodes will be shadowing DeAndre Hopkins all day. This should up Fuller’s stock a bit as he’ll likely see a solid amount of targets in Week 5 despite going against an elite pass defense. Unless you’re crazy deep with depth at receiver, I’d keep Fuller in the starting lineup.

Quincy Enunwa, WR, New York Jets – Enunwa has emerged as a stellar receiver in the Jets passing game. With Eric Decker expected to miss Sunday’s game, Enunwa’s targets should only increase. I expect Enunwa to be a more than stellar flex play in Week 5.

Brian Hoyer, QB, Chicago – Brian Hoyer has quietly put up back to back games with 300 yards and two touchdowns and has a solid matchup against Indianapolis this week. I’m not saying to bench a top tier quarterback for Hoyer, but for a bye week fill in or to replace a struggling quarterback, Hoyer is a very solid option who’s only owned in 16% of Yahoo leagues.

Eli Manning, QB, New York Giants – Speaking of struggling quarterbacks, here’s a guy that I would absolutely play Hoyer over. Manning has just one touchdown over the past three games. He has a decent matchup against Green Bay, but Manning couldn’t even muster up a touchdown pass against New Orleans two weeks ago. I’m very hesitant to play him until we see more of what he did in Week 1.

Robert Woods, WR, Buffalo – With Sammy Watkins out, Robert Woods becomes the No. 1 receiver in Buffalo. While this likely means more targets, it also means more time being guarded by the other team’s star cornerback. Rams CB Trumaine Johnson put up one of the finest performances of his career last week and should have a field day guarding Woods. I can’t see him being a viable option in this matchup.

Dez Bryant, WR, Dallas – If Bryant somehow manages to be healthy enough to play this week, I’d have a hard time believing the Cowboys feature him in the offense. We’ve seen stars returning and being used as decoys multiple times this year with Gronk and Charles, and that makes it hard for me to trust Bryant until he’s 100% healthy.

Martellus Bennett, TE, New England – Here’s Martellus Bennett’s yardage by game this season: 14, 114, 10, 109. He’s been boom or bust this season, something odd for a non-touchdown dependent tight end. He’s not a bad play by any means, but owners who have another reliable tight end should probably keep Bennett on the bench. It’s only a matter of time before Rob Gronkowski begins to take his receptions away.

Duke Johnson, RB, Cleveland – I’m not sure if there are any Johnson believers still out there, but I need to assure everybody that he should only be played out of desperation. Johnson does normally have a high floor, especially in PPR. He’s pretty good for 6-8 points regularly. But Johnson just doesn’t have the opportunity to do much more than that, especially with Isaiah Crowell having the year he’s having. He’s no more than a bye week fill in.