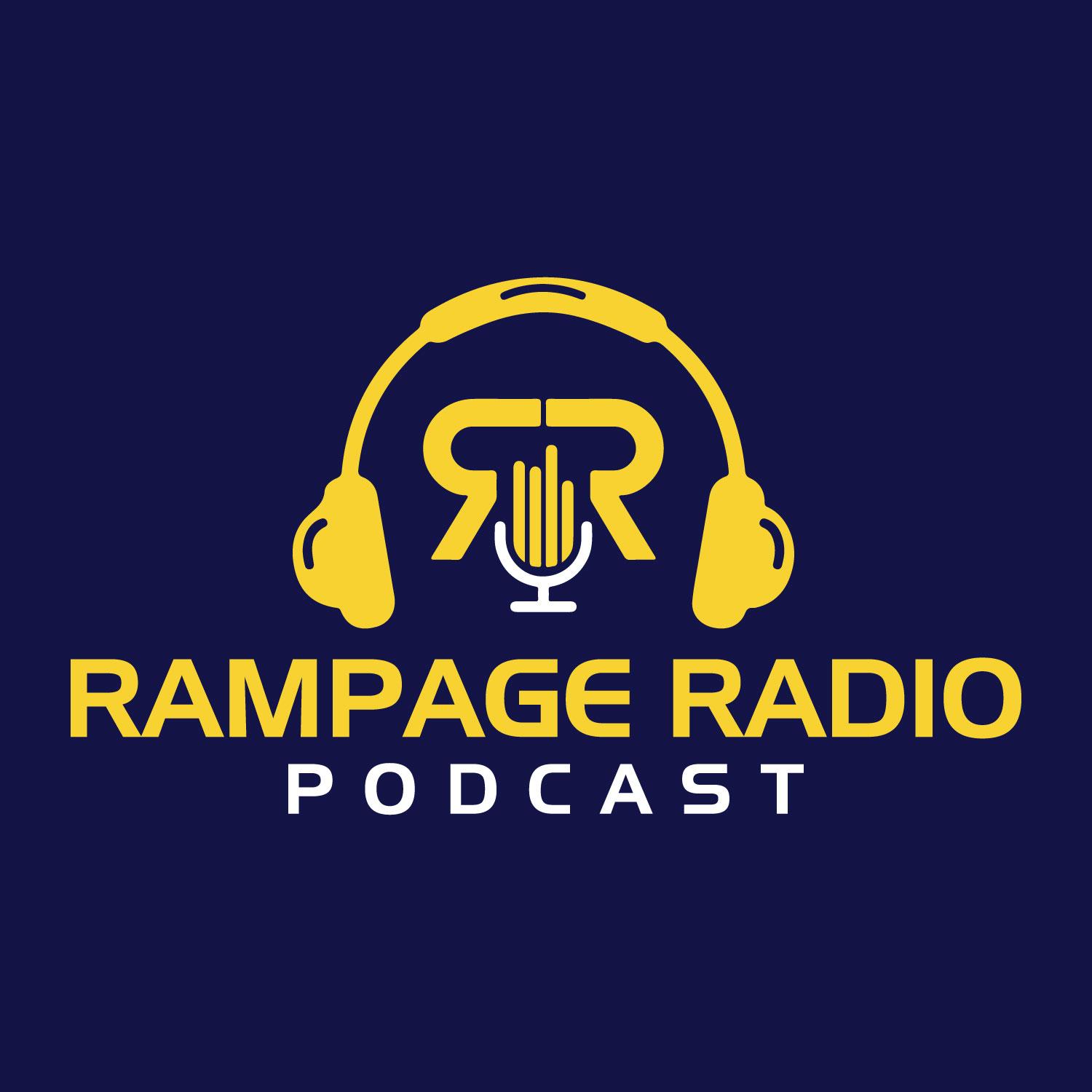 Justin and Jordan Robinson are two brothers that love football so much that they started a podcast about it. Justin’s passion for the Los Angeles Rams takes center stage, but they also focus in their “Easy Money” picks and “Prospects Watch.”

Rampage Radio Ep. 25 – L.A Rams on the way to the Super Bowl: The guys return from hiatus to look at the Los Angeles Rams’ huge win over the New Orleans Saints to win the NFC Championship. They also discuss the Super Bowl matchup with the New England Patriots. Date: 1/25/19

Rampage Radio Ep. 24 – L.A Rams hit the road for Arizona: JRob goes solo again over these holidays and gives a quick look at of our Los Angeles Rams’ struggles. Date: 12/20/19

Rampage Radio Ep. 23 – It’s Philly Time Plus Easy Money: JRob goes solo and discusses the Los Angeles Rams’ loss at Chicago. Then he previews the Philly game and takes a shot at the “Easy Money.” Date: 12/13/18

Rampage Radio Ep. 22 – L.A. Rams look to clinch the NFC West: Jrob and J briefly recap the Chiefs game, look ahead to the Detroit Lions, give you their “prospect watch” and wrap up with “easy money.” Date: 11/30/2018

Rampage Radio Ep. 21 – Done with Seattle, Chiefs Next Up: JRob and J look back at the victory over Seattle, look ahead to the Kansas City Chiefs and give you the “Easy Money” picks of the week. JRob’s hatred for the Seahawks continues. Date: 11/15/18

Rampage Radio Ep. 20 – Breaking Down the L.A. Rams’ First Loss, Looking Forward: JRob and J recap the loss to the New Orleans Saints, then take a look at the all to familiar Seattle Seahawks. The guys also give you their “Prospect Watch” and finish with “Easy Money.” Date: 11/8/18

Rampage Radio Ep. 19 – Battle of NFC Powers Ft. Saints Happy Hour: Jrob and J give a short recap of the Green Bay game, they then look ahead to the Saints. The boys provide an interview with “Saints Happy Hour Podcast” personality Ralph. Finally, they reveal the “Prospect of the week” and finish up with “Easy Money.” Date: 11/2/18

Rampage Radio Ep. 17 – Onward to San Francisco: Jrob and J discuss the Denver game, move on to San Francisco, and give you the Easy Money Pick from earlier in the week. Date: 10/19/18

Rampage Radio Ep. 16 – Final Look at Seattle, Winter Weather in Denver, Money Picks: JRob and J review the Seattle game and look towards this weekend’s showdown in Denver. They preview the Los Angeles Rams’ visit to the Mile High City expecting some winter weather. Finally, they give their money picks for Week 6. Date: 10/12/18

Rampage Radio Ep. 15 – Looking Ahead to Seattle: JRob and J put a bow on the Los Angeles Rams’ 38-31 win over Minnesota. Then they preview the Rams’ visit to Seattle and give their weekend picks in the “Easy Money” segment. Date: 10/5/18

Rampage Radio Ep 12 – Preseason Oakland Review and Houston Texans Preview: Justin Robinson (Jrob) and Jordan Robinson (J) talk about the Oakland Raiders game last Saturday and take a look ahead at this weekend’s matchup with the Houston Texans. The boys bring on a few fans from Rams nation and get their takes on the Raiders game. Lastly, J looks at some of the betting lines that are currently out there. Date: 8/22/18

Rampage Radio Ep. 11- Reviewing Preseason Week 1 and Looking Ahead to Oakland: Justin Robinson (Jrob) and Jordan Robinson (J) discuss the Ravens game and focus on some individual performances. Then the guys talk about what they would like to see in the upcoming Oakland Raiders game while also bringing up some of the stronger performances of other players around the league. Lastly, they talk about the over/under lines of the NFC West for wins this season. Date: 8/14/18

Rampage Radio Ep. 10 – L.A. Rams Training Camp and Week 1 Preseason in Baltimore: Justin Robinson (JRob) and his brother Jordan (J) debut with Rams Talk by presenting their 10th episode of Rampage Radio. They discuss 2018 Training Camp and what they are looking for in the Los Angeles Rams’ opening preseason game at the Baltimore Ravens this Thursday night. They also look at some of the contract issues coming up, including safety Lamarcus Joyner. Date: 8/8/18