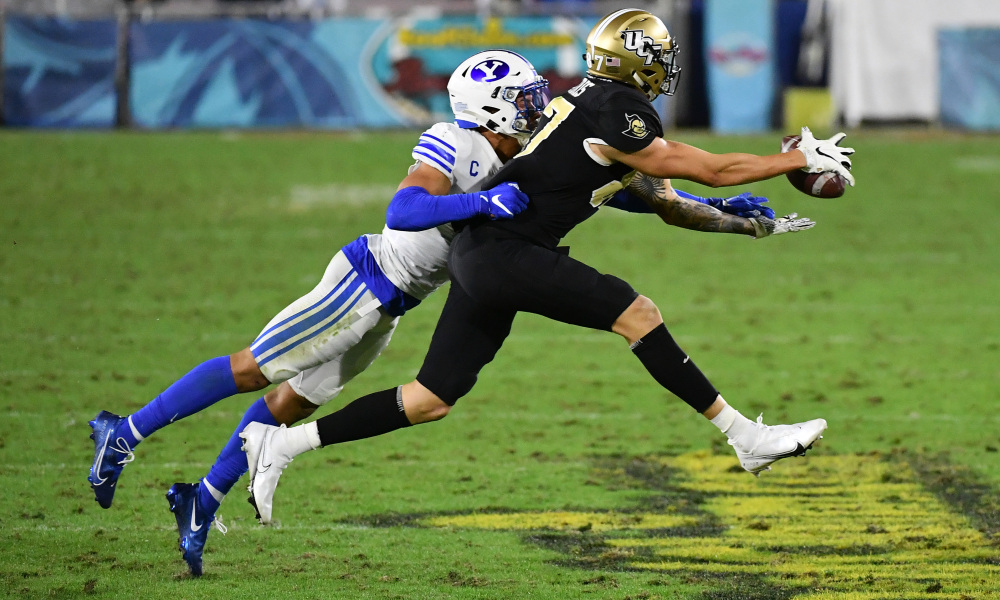 In a somewhat shocking selection, the Los Angeles Rams opted to draft their second WR of the 2021 NFL Draft. This time they choose UCF’s Jacob Harris.

To be fair, Harris is a bit of a hybrid receiver that can also lineup as a TE. His larger 6’5″ frame will give QB Matthew Stafford an even larger target for the end zone. It may seem odd that the Rams drafted another WR, but the Rams don’t have a large-bodied WR. They also lost Josh Reynolds this past offseason, and while he wasn’t the biggest target, he was among the tallest receivers on the roster.

Harris joins Tutu Atwell as giving Stafford every weapon imaginable on this roster. While Harris is technically a receiver, he’s essentially a two-in-one player since it wouldn’t be surprising to use him at TE too. This begs the question if the Rams are willing to run six receivers on the roster?

The Rams still need to address the offensive line at some point. Couldn’t hurt to look at DE, OLB and ILB too. Considering if they don’t trade again, the Rams will pick again at 170.