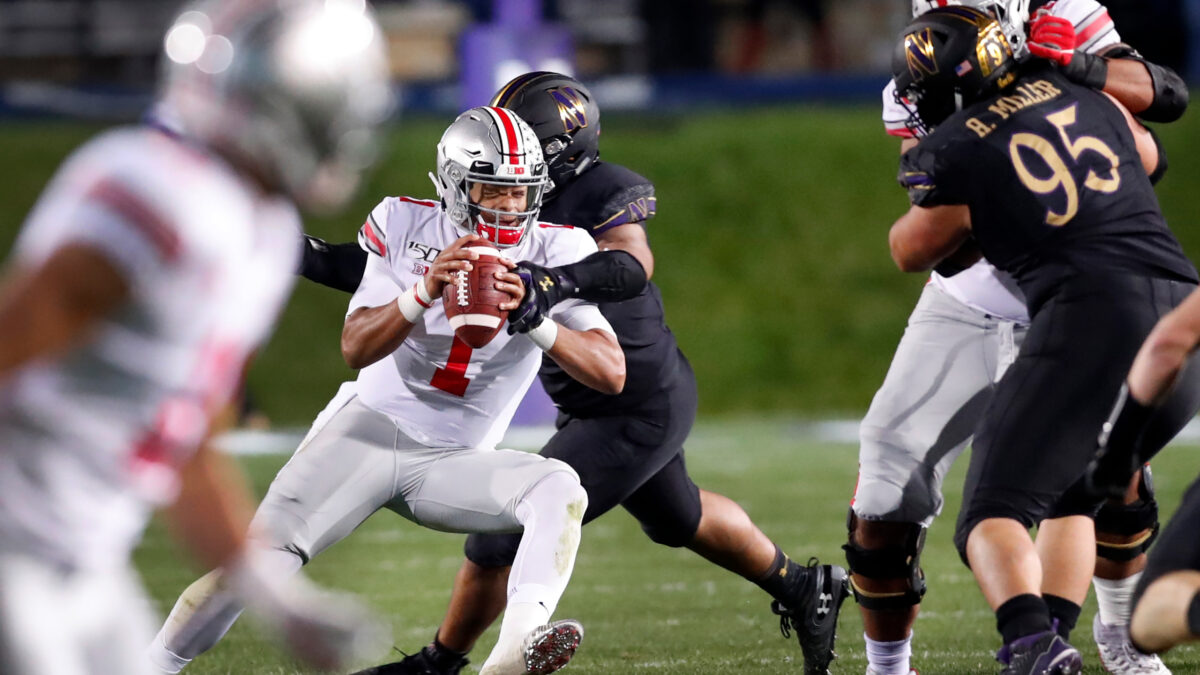 The Los Angeles Rams traded back once again. If you’re surprised at this point, you haven’t been paying attention. This time, the Rams moved four picks and traded their 170th pick to the Houston Texans in exchange for their 174th and 233rd picks. So after a minor delay, the Rams picked Northwestern DE Earnest Brown IV.

Brown is a true defensive end, which is great since the Rams lack depth at the position with the loss of Morgan Fox. Rotating with Sebastian Joseph-Day will be ideal, though he does need to earn some playing time.

While Brown didn’t put up huge numbers, he is an underappreciated pass rusher. Very methodical in his approach and is unafraid to drop back in coverage. Uses his length to advantage, which is something you want to see from a guy standing at 6’4″ and weighing in at 270 pounds.

The reason he fell so far is because he leaves the middle of his body open to blockers. That essentially erases him from the play from any blocker. On the NFL level, offensive blockers will destroy him if he continues that habit. His footwork isn’t the best either.

Regardless, the Rams needed some help with defensive line depth. The Rams could also use help on the offensive line still. Which I hope they attempt to address with the next pick.