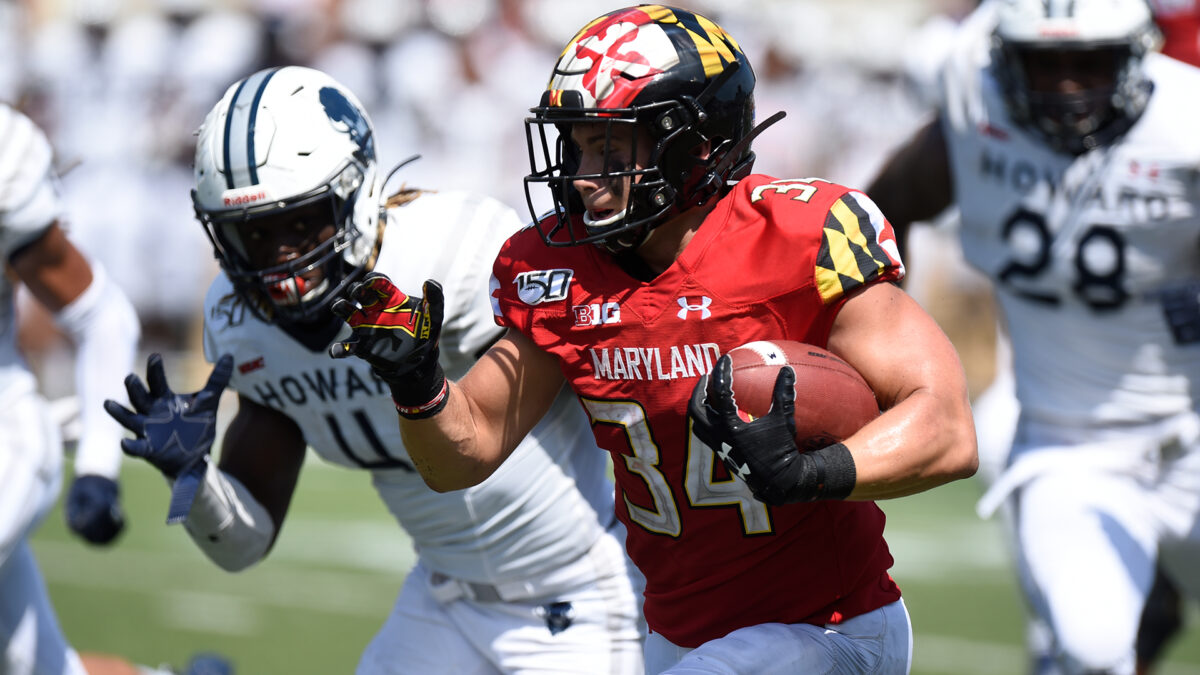 The Los Angeles Rams opted to go running back with their first pick of the seventh round and selected Maryland RB Jake Funk. This selection is likely to draw in competition to replace Malcolm Brown.

On top of being a RB, Funk is handy on special teams too. He was constantly gathering tackles on kickoffs. He’s a shifty back that surprisingly has an aresenal of juke moves. Not a bad pass-catcher in the backfield too.

Funk is battling from two major ACL tears and injuries are the main story of his collegiate career. Not a great blocker, which is concerning on the NFL level. Will likely be valued more for his special teams contributions than anything else.

It will be tough for Funk to make the roster since the Rams have Cam Akers and Darrell Henderson as their two starting RBs. Even with Brown gone, Xavier Jones is an undrafted free agent the Rams coveted last season. Jones does not have the position locked down, but Funk will also compete with other undrafted talent soon to come too.