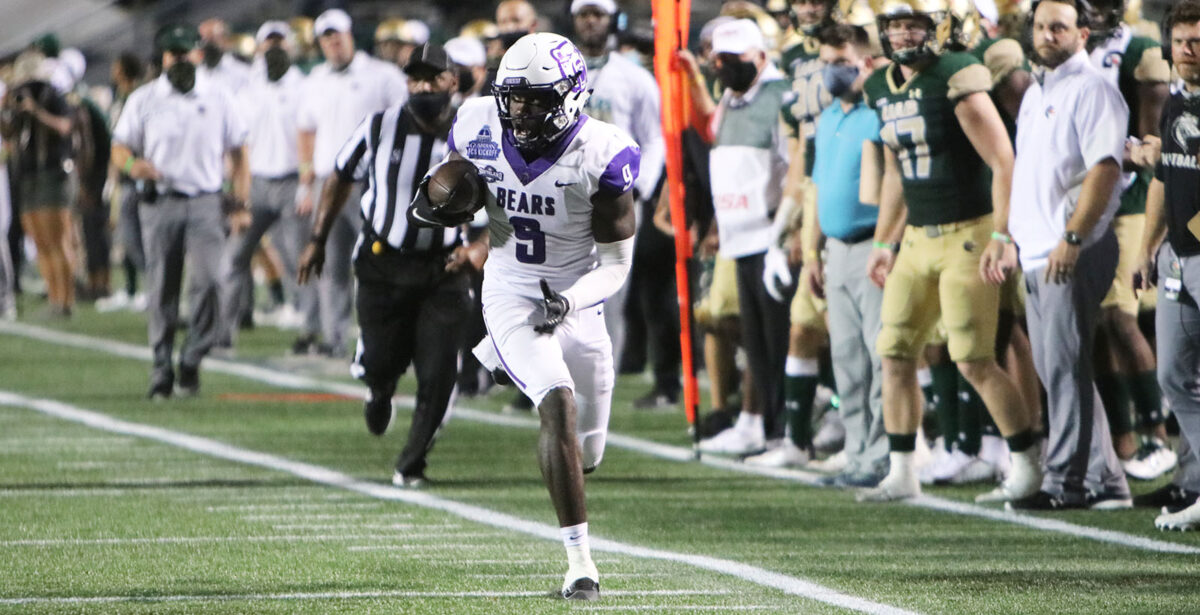 The Los Angeles Rams did what they do best, trade. They opted to trade back with the Jacksonville Jaguars, surrendering their 121st and 209th picks in exchange for the Jags’s 130th, 170th and 249th picks in the 2021 NFL Draft. The Rams ended up going CB at pick 130, selecting Central Arkansas CB Robert Rochell.

Cornerback absolutely had to be addressed after the departure of Troy Hill. The two starting spots are locked down by Jalen Ramsey and Darious Williams. But the competition for the nickel-corner is wide open. The Rams drafted David Long 79th overall of the 2019 NFL Draft. The Rams have appeared hesistant to use him though.

In regards to a physical speciman, Rochell is absolutely a player to look at. Standing at 6-foot and weighing about 193 pounds, he also has long arms and great speed. He’s a cornerback that will keep up with the faster speedier guys and can still play with the stronger receivers. He tends to play bigger than what he actually is.

A concern about his game is his press coverage. He is often fooled by receiver’s second/third steps. His footwork isn’t as polished as it should be also.

All that said, Rochell could be a solid edition if he’s a fast learner. Learning from Ramsey can absolutely be beneficial to his game too.