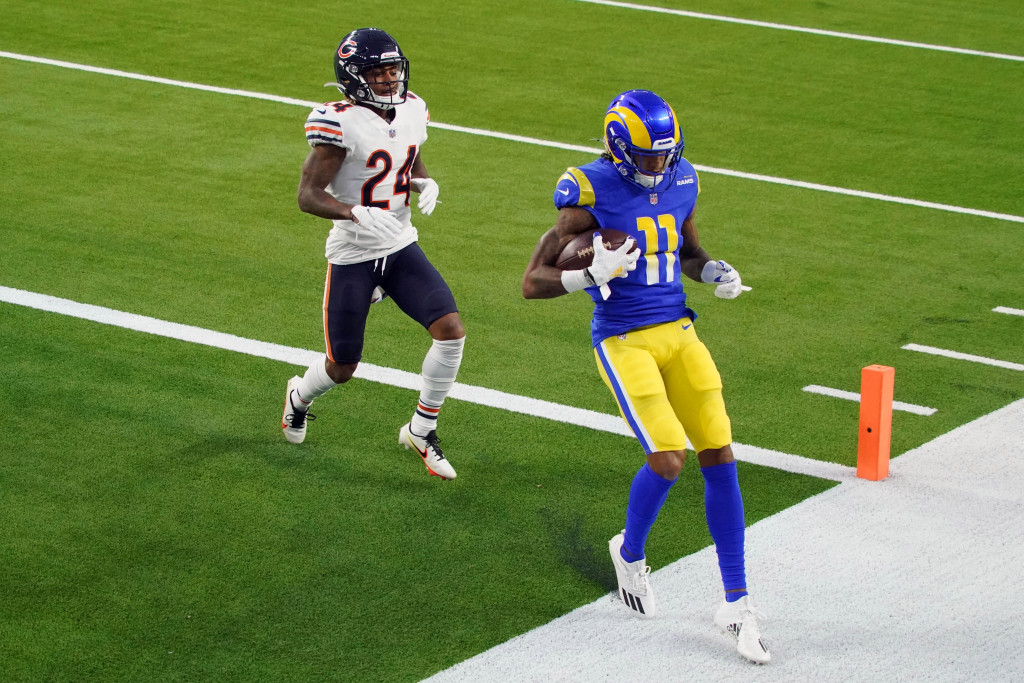 The 2020 NFL trade deadline is approaching quickly with November 3 being the last day. Unless if you haven’t paid attention during the deadline in the Les Snead era, you’ve noticed that the Rams are extremely active during this time. Last year alone, it brought guys like Jalen Ramsey, Kenny Young and Austin Corbett to Los Angeles.

That being said, Snead has mentioned that he doesn’t expect a “big splash” at the deadline. That doesn’t necessarily mean that trades won’t happen, but it will be less likely to see marquee names like Ramsey on your phone notifications.

It wouldn’t be a complete shock if the Rams don’t make any trades at all considering the lack of cap space, trade capital and 2021 NFL Draft picks. But, there are a few players that may entice teams in desperate need of a position and that’s vying for a playoff run.

The Rams are rich in talent in terms of wide receivers. Robert Woods and Cooper Kupp are locked up for years to come. The Rams recently drafted Florida’s Van Jefferson and that basically leaves Reynolds in limbo.

Judging by the salary cap, the Rams won’t be able to bring back Reynolds after the 2020 season. Reynolds has a ton of potential, but hasn’t had a chance to unlock it fully being behind such talented receivers. Being the pass-happy league that the NFL has become, receivers are in demand so I’m certain teams will be calling about Reynolds.

The Rams have used him primarily are their No. 3 receiver and he’s accumulated 18 receptions for 278 yards and two touchdowns in just seven games so far in 2020.

It seems odd that the Rams might have a tradeable offensive linemen, but Noteboom still has plenty of potential but may have lost his job to the younger David Edwards. It was a little surprising that Noteboom beat out Edwards for the starting role earlier this season.

To Noteboom’s credit, he wasn’t terrible at all. He wasn’t perfect, but he did help stabilize the offense. Unfortunately for Noteboom, he sustained an injury that landed him on the IR and Edwards stepped in. Edwards seems to have done a good enough job to keep the starting role, at least for now, with Noteboom due to return.

The Rams don’t have a ton of depth at any offensive line position, but if the price is right, then expect Snead to make a deal! Why does is it like I’m listing off game shows? Better not press my luck or I’ll be in jeopardy! Ok, I’m done.

Difficult to imagine the Rams trading away Hill after the success he attained in recent years. But with the emergence of Darious Williams and the recent struggles of Hill since he has been asked to shift out of position to slot-corner, Hill may be a tradable piece. Add in the fact that it’s his contract year and the Rams no way have the money to bring him back means Hill could have a new home by the deadline.

The other thing to consider is the Rams also have David Long. Since joining the Rams in 2019, Long hasn’t seen the field much. If Long is expected to take over Hill’s spot at some point, he will need some in-game experience. It’s difficult to imagine disrupting the flow of the secondary, but if the right offer comes into place, it wouldn’t be totally surprising.

With A’Shawn Robinson coming back, Joseph-Day will be sitting the bench. He hasn’t done a terrible job, but hasn’t had the most impact either. Teams needing a nose tackle will surely be looking at Joseph-Day.

Of all the players listed so far, Joseph-Day is the most difficult to imagine trading considering the Rams likely won’t get much in return. If anything, he is an add-on to a trade or an attempt to restock on 2021 draft picks.

The Rams are absolutely stacked at tight end with Tyler Higbee, Johnny Mundt and Hopkins. So of all the trades possible, this is the most likely. Everett is certainly among the most desirable options considering his potential and the recent success. Add in his athleticism and teams needing a tight end will likely be giving Snead a call.