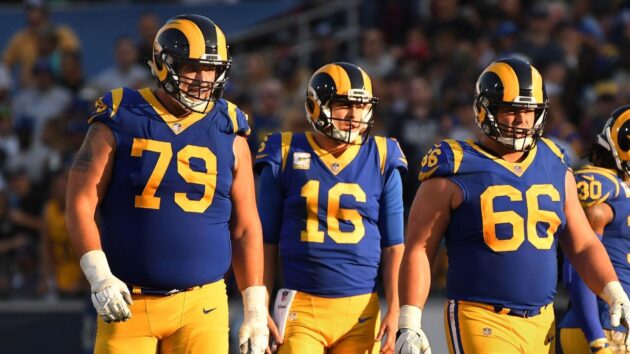 Every single one of the following predictions are entirely possible, but they are still a long-shot in one form or another. The Los Angeles Rams have plenty of proven talent and some that are just simply young. That said, the 2020 season does have a ridiculous amount of uncertainties, so let’s get started:

If you are still questioning why the Rams drafted Akers with their 52nd overall pick of the 2020 NFL Draft, watch some film of him at FSU. It shouldn’t be hard to figure out why. The guy is a great running back with the capability of catching in the backfield and blocking. That’s all the tools a running back needs to be successful.

Now that the “fan boy” segment of this article is over, it might be a bit unfair to assume that Akers will come out the gates dominant. Give him some time. Even with a running-back-by-committee approach, head coach Sean McVay has already stated that he will likely roll with the RB with the hot-hand.

This may be a tough year to win Offensive Rookie of the Year since there were a ton of talented wide receivers that could just as easily win. A large part of this will determine the amount of trust that both McVay and newly appointed offensive coordinator Kevin O’Connell in a rookie. Akers has plenty of tools to make this bold prediction happen.

Hill is gaining recognition little-by-little. Of all the predictions on this list, this one is the most likely to happen. Hill’s skills were certainly displayed in 2019 and I fully expect him to progress even more. Add in the fact that the Rams now have a healthy Jalen Ramsey and John Johnson and the secondary can be lethal. An added benefit is a potentially improved defensive line. Hill is setup for success, if he progresses, the Pro Bowl may be a lock.

Ok, this is a bold prediction for sure. But hear me out. It’s undeniable that Havenstein had a terrible 2019 season. But before the 2019 season, Havenstein had a 2018 and even 2017 season. That kind of thing isn’t just lost in one season. Assuming Havenstein is also completely healthy, it’s entirely possible he can return to form.

There are several factors in Havenstein’s decline, including the questionable lineup heading into the 2019 season. Both Joseph Noteboom and Brian Allen were inexperienced and asked to start. While the offensive line probably isn’t as solid as we would like, there is something to be said about at least knowing what to expect from some of the players. On top of that, these linemen could develop a chemistry  to be a little more cohesive.

Keep in mind that I’m suggesting that Havenstein can return to being a solid right tackle, not a Pro Bowler.

The Rams will make the playoffs

Let’s put it this way, if all of the bold predictions listed above happen, expect a trip to the playoffs. It will be tough because the Rams are undoubtedly in one of the better divisions in football, but the Rams still have a damn good team. If an “off” year is finishing 9-7, the potential is certainly there. There are some questions heading into the season, but there are a ton of playmakers that can easily make the Rams one of the better teams in football. In short, don’t sleep on the Rams.

COVID-19 eliminates or interferes with the 2020 season

At this point, anything can happen when it comes to handling the Corona Virus. The threat of season cancellation is beyond real. It’s entirely possible that the NFL is preparing with precautionary measures since they had all offseason to prepare. That said, it’s not that easy considering the NFL is a contact support. No real way to social distance when you’re being tackled. If containment doesn’t happen anytime soon, this prediction will become a reality. Which basically means none of the predictions above will happen too.

All that said, please be safe everyone. Here’s hoping this prediction is wrong.