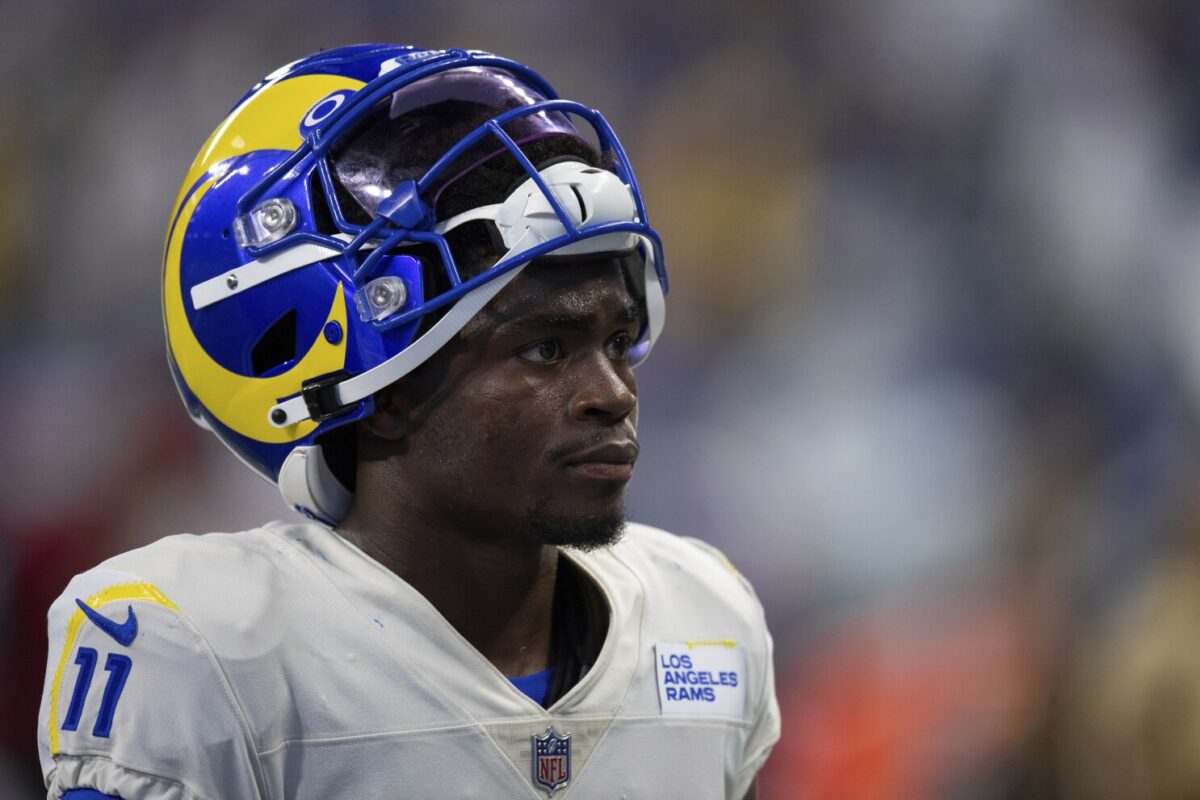 It’s difficult to suggest that a team making it to the Super Bowl has five glaring needs. The Los Angeles Rams did have a few weaknesses in 2021, but it grows exponentially with expiring contracts. The Rams front office will need to be bargain shoppers in this offseason with little cap space to work with.

Hard to believe cornerback is such a desperate need considering the Rams’ 2020 depth at the position. Other than Jalen Ramsey, the Rams only have David Long and Robert Rochell under contract as their main contributing corners from 2021. Darious Williams and Donte Deayon are both unrestricted free agents. The question becomes, should the Rams focus on bringing one or both of them back?

Both players are affordable options compared to some of the more attractive names in free agency. Williams’s numbers are completely down though not registering a single interception in 2021. To be fair, his tackling skills sharpened by earning 71 total tackles, 27 more than in 2020. That’s great, but his coverage regressing is a concern and something that the Rams will need to consider moving forward.

Deayon is good for depth, but should not be considered a starter. Long did step up majorly in the playoffs, but struggled throughout the season. Rochell made some strides as a rookie, but the Rams knew that he is essentially a project player. The potential is there, but it’s risky to expect Long and Rochell to be potential starters in 2022.

Seems like this position makes an annual appearance. The Rams did make the right call in drafting Ernest Jones. He was easily the best ILB on the roster and can only get better. He will certainly take one of the starting spots in 2022.

Beyond Jones, Troy Reeder is a restricted free agent and Travin Howard is an exclusive rights free agent. Both should be easy enough to bring back. I have no problem with having them both on the roster for depth, but neither one are true starters. This position continues to be weak point on the defense, and one that is constantly attacked in coverage. Until the Rams address this position more, this will be a continued area of attack for opposing offenses.

It’s disappointing to realize that the Rams had the opportunity to draft rookie sensation Creed Humphrey, but opted to select WR Tutu Atwell instead. Now before the excuse of having Brian Allen on the roster is used, the Rams also knew that Allen was on the final year of his contract and was widely unproven at the time. They also don’t need to be reminded of cap space availability either. See the issue?

I’m guessing that no one thought Allen was going to have the year he had. Be honest, you didn’t either. It will be tough to bring back Allen on an affordable contract. This leaves a big hole on the offensive line.

Austin Corbett is a free agent and has been solid on the offensive line for the past few years. It’s worth noting that he’s versatile enough to play center. Even if the Rams bring back Corbett, it’s not a guarantee that he’ll come back as a guard given that Allen is also a free agent. In fact, Corbett was thought to be the starting center at the beginning of the 2021 offseason before Allen emerged in training camp.

Offensive guard could be a crucial position in the offseason with or without Corbett on the roster. Even David Edwards started out of position technically too. Also, Joseph Noteboom is a free agent, so depth is running thin as well.

Technically speaking, Andrew Whitworth is still under contract. However, Whitworth has been flirting with retirement for a few seasons now, and is likely to retire in 2022. He hasn’t made an official announcement yet, but even if he were to comeback in 2022, he’d likely be back for only one more season. Noteboom is a free agent too as mentioned earlier. The Rams will need to address left tackle sooner-or-later, preferably sooner to protect QB Matthew Stafford.