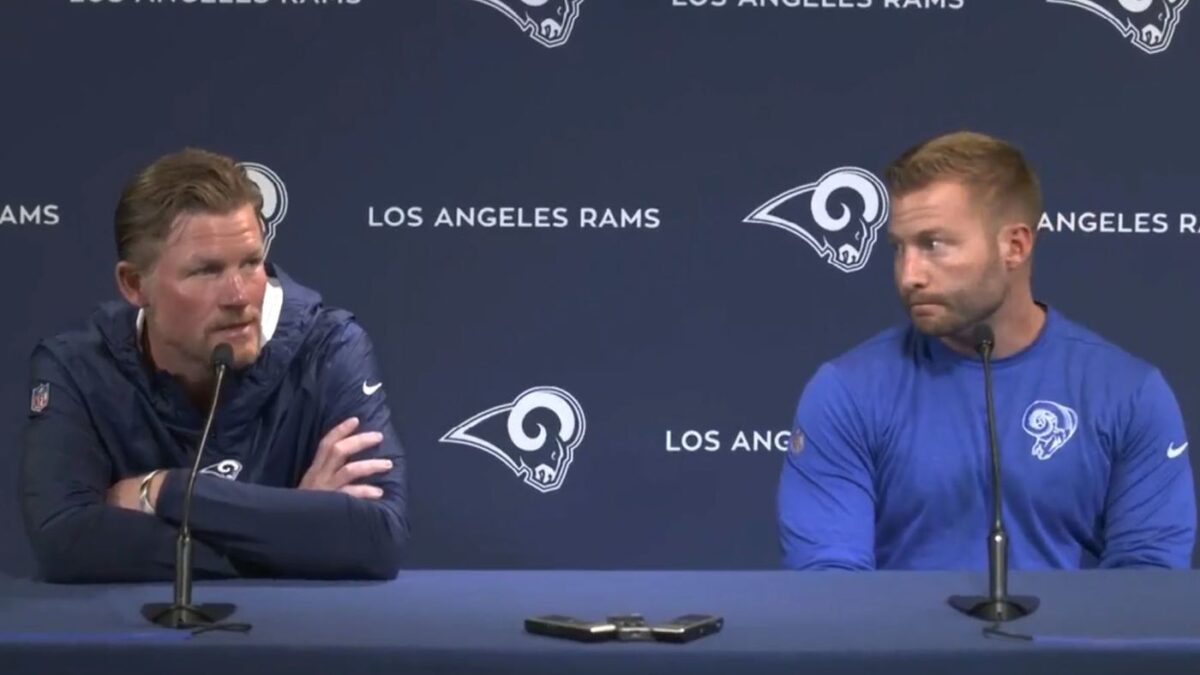 The Los Angeles Rams ended their season in a divisional round playoff loss to the Green Bay Packers, so now begins their offseason strategizing for their 2021 roster. Money will definitely be an issue. At the moment, they are over their salary cap for the 2021 season, they will need to make some changes to shore up some money.

There may be trade discussions within the next few months as well. Anything is on the table, including which free agents the Rams will keep.

Below are some players that have entered free agency. They would be the first ones to look at for possible cuts, although the Rams may not save a huge amount of money.  Their 2020 contracts and estimated 2021 value for some players are also listed.

All the above players started at their positions or had significant playing time at their respective positions. The Rams will want some of them to stay for the 2021 season. Realistically, they cannot hold them all, and their total salaries may not cover the entire cap amount the Rams have exceeded.

The most coveted on the defensive side of the ball is Johnson. He will most likely require a raise in salary after his rookie contract and an incredibly successful career so far. If the Rams let him go, another team will offer him a hefty contract. That contract is something the Rams cannot afford. They are also stacked at safety with several talented players.

McQuaide most likely will stay as he has been a solid, experienced long snapper on special teams and one of the longest tenured players on the Rams. Even with Colin Holba on the practice squad, that would be a surprise to see McQuaide go.

Blythe’s contribution to the offensive line has been vital these past two seasons. The Rams most likely will resign him for next year.  He was on a one-year contract for 2020.

With Brycen Hopkins in the wings at tight end, Everett may walk. He will be coveted by other teams at his position.  The Rams will save a little money there. Mundt is also a backup they may consider letting go.

Floyd will be in great demand if the Rams don’t re-sign him. It will be a blow to the defense after an incredibly successful 2020, but the salary cap won’t be able to hold him as it sits right now.

Ebukam, Reynolds, Brown and Fox, all contributed greatly at their positions, but several rookies have stepped up in 2020 that may take their place. Other new players have also played well at those positions, creating more depth.  Ebukam’s production dropped a bit in the last two years. Reynolds may be overshadowed by Van Jefferson. Brown most likely will not start in 2021 should he sign back with the team. Fox had a breakout year and may be in demand with another franchise.

Hill and Williams will be another tough duo to sign. Both corners had career years with the Rams and were major factors in the defensive back corps. The Rams may not afford both but will most likely keep one of them. Williams may be the winner in that decision.

Bortles was a last-minute emergency backup when Goff injured his thumb in Week 16. He may not be back with the Rams next season. Especially after the Rams added Devlin Hodges. For a more in-depth look at the Rams’ 2021 free agent list, take a look at our write up here.

Goff has the highest contract, but also the highest cap hit with $34.6 million for 2021. He also has the largest amount of dead cap money with $65.5 million. There is no word from head coach Sean McVay or general manager Les Snead on what their plans are with Goff next season. A trade to save money would be the most feasible, but the dead cap hit would still hurt. The Rams still have a cap hit from Todd Gurley for $8.4 million.

Goff and Aaron Donald are still under contract. Wide receivers Cooper Kupp and Robert Woods also just re-signed in 2020. Tight end Tyler Higbee re-signed a new contract recently too. They are all under the largest contracts for the Rams.

It will be hard for the Rams to make the salary cap, but Snead is a financial wizard when it comes to making hard money decisions. Even if they cut several free agents, they may still need to restructure some contracts. Snead always finds a way. Look for several fan favorites to be cut but some key players to be kept.