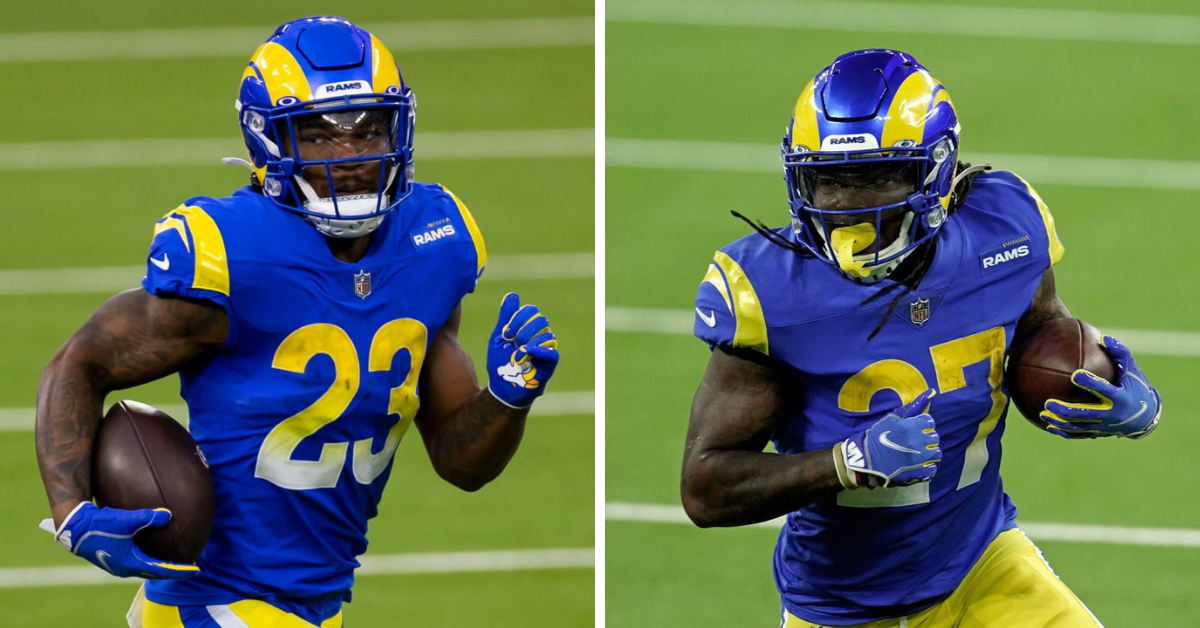 One of the best biggest unknowns for the Los Angeles Rams entering the 2020 season was the running back position. The Rams cut veteran RB Todd Gurley and drafted rookie Cam Akers in the second round of the 2020 NFL Draft. Darrell Henderson returned, but it was hard to predict his role considering he didn’t really have one in 2019. Malcolm Brown also returned but many expected him to resume his third-down back role.

Despite the slow start and some questionable playcalling throughout the season, we seen glimpses of greatness of both Henderson and Akers.

It’s easy to be hyped on a player like Akers. He possesses everything you could desire in a running back. He didn’t have a perfect year by any means, but the numbers kind of speak for themselves. While 625 rushing yards might not seem that impressive, consider that Akers sustained an injury that occurred in the first plays of Week 2 against the Philadelphia Eagles. It would be weeks until Akers was 100 percent and a few more weeks before head coach Sean McVay was confident enough to use him.

To put things into perspective, it wasn’t until Week 13 against the Arizona Cardinals that Akers had more than 15 rushing attempts. Another thing to consider is his stats during the playoffs were impressive. In two playoff games he earned 221 rushing yards on 46 attempts and had two rushing touchdowns. He stepped up in a major way when Henderson went out with an injury in Week 16 against the Seattle Seahawks. The way he was playing forced McVay to essentially make him the lead back despite having veteran Brown on the bench.

If there is one thing to critique him on, it’s ball security. That’s kind of nitpicking though considering he didn’t surrender the ball much. Blocking is something that would go a long way for him to master. He blocked well on the collegiate level, but the NFL is the top echelon of talent, so to continue to improve would help the offense as whole in the future.

Henderson started off strong to start the year. In fact, he picked up the slack when Akers was unavailable. He looked to be the locked-in starter for a good portion of the season. That being said, he was inconsistent. It’s hard to say if that’s on Henderson, the playcalling or both.

Still, his numbers are decent and it’s intriguing moving forward considering that Henderson is designed to be a complementary back to Akers. These two can be a dynamic duo if the offense continues to develop. Henderson can be a speedy/shifty threat, especially when transitioning between him and Akers.

Here’s the thing, Brown was supposed to be the veteran leader that showed the ropes to the younger running backs. To be fair, it’s entirely possible that Brown was doing some coaching during practice. About the only game Brown showcased his veteran presence was Week 1 against the Dallas Cowboys. The rest of the weeks he just wasn’t that effective or completely put on the back burner.

Now I didn’t expect Brown to really put up huge numbers, but I did expect more touchdowns. In fact, on the Butting Heads podcasts, I questioned McVay’s decision to not utilize Brown in goal line situations. During the last few weeks, McVay did attempt to use Brown, but he too wasn’t able to score. Now, that isn’t entirely on Brown as it is the offensive line and playcalling, but he wasn’t making the big plays like we’ve seen him do in the past. I also was disappointed in the dropped passes. Brown didn’t see too many opportunities, but he didn’t take advantage of the opportunities that were presented to him either.