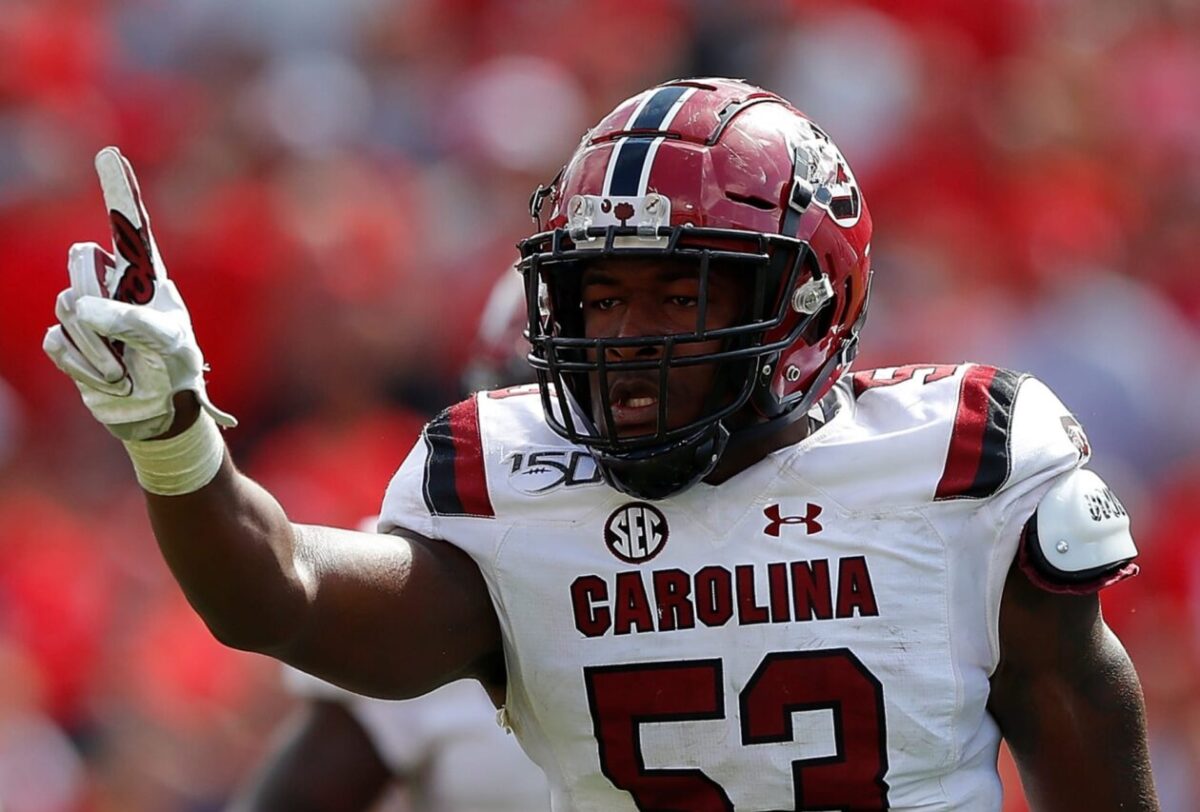 The Los Angeles Rams opted to trade their 88th pick of the 2021 NFL Draft to the San Francisco 49ers in exchange for their 117th and 125th overall picks in the fourth round. So the Rams’ final Day 2 selection came at pick 103 and choose South Carolina ILB Ernest Jones.

In many ways, the Los Angeles Rams have neglected the ILB position in recent memory. It’s a breath of fresh air that the Rams used one of their Day 2 picks on this position. Even more impressive is that Jones was still available at 103.

One of the desirable traits of Jones is his football intelligence. He’s constantly around the football and is a textbook tackler. He’s rarely fooled by blocks or receiver’s deception in the middle of the field.

The biggest concern is Jones’s lack of athleticism. He’s not a guy that can go toe-to-toe with slot receivers or even quicker tight ends. That’s not to say that his coverage skills are lacking, but it will prove to be challenging for him to keep up with faster pass-catchers on the NFL level.

Jones joins an ILB corps that’s lacking quality talent on the roster. Micah Kiser made some strides last season but has struggled to stay healthy his entire career. Troy Reeder and Kenny Young stepped up but weren’t that effective. Travin Howard is also in the mix, but didn’t have an opportunity to prove it last season due to an injury. Expect Jones to compete for a starting role at some point in 2021.