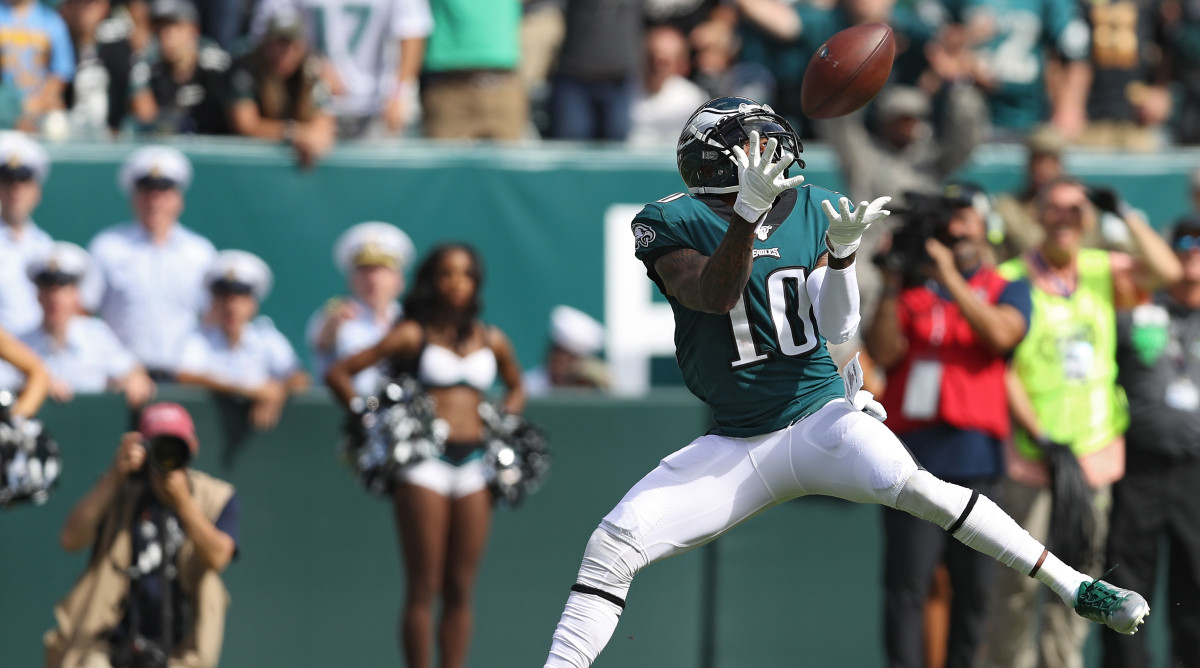 The Los Angeles Rams announced via Twitter that they will sign 13-year veteran WR DeSean Jackson. Details of the contract have not yet been released.

The Rams offense is shaping to be a different one in 2021. With the presence of QB Matthew Stafford, the Rams could throw the ball deeper and more often. The problem was that the Rams’ WR depth chart lacked a WR that could stretch the field. That is until Jackson came aboard.

Don’t let the 34-year-old veteran fool you, he is still a deep threat, when healthy. Last season with the Philadephia Eagles, he only played in five games. He did manage to snag 14 receptions for 236 yards and one touchdown. While doesn’t seem like much, he averaged 16.9 yards per reception.

Keep in mind, Jackson’s role will differ than in Philadelphia. He will be used situationally and be behind Robert Woods and Cooper Kupp. That’s important because his role will likely save his longeivity.

Jackson’s addition becomes the Rams’ first official free agent signing outside of the team’s long list of free agents. It also indicates that the Rams will likely move on from free agent WR Josh Reynolds.