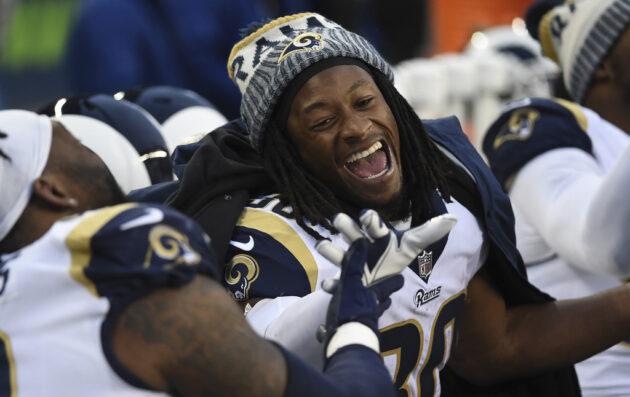 It didn’t take long for former Los Angeles Rams running back Todd Gurley to find a new home. The former Georgia Bulldog will return to the Peach State on a 1-year contract with the Atlanta Falcons, according to ESPN Insider Jordan Schultz.

This signing works well for both Gurley and the Falcons. The Falcons recently cut Devonta Freeman for basically the same purposes for Gurley’s release, to save money. This 1-year contract is Gurley’s opportunity to prove that he’s still worth investing in despite any alleged knee issues. He will also be joining Dante Fowler who signed a 3-year, $48 million contract earlier in the week.

The Los Angeles Rams in the meantime will need to figure out who will replace Gurley as a starter. All signs point to Darrell Henderson, but he still has much to learn. His first year in the league was a bit rocky, but the potential is still there. Luckily, Malcolm Brown is still on the roster for guidance. Another potential option could be to look toward the 2020 NFL Draft.

Another position the Rams will have to address is the return specialist since JoJo Natson signed a 1-year, $1 million contract with the Cleveland Browns.

The Rams cut Natson earlier this offseason after having a disappointing 2019 season. In two seasons with the Rams, he averaged 20.9 yards/kick return and 9.5 yards/punt return.

Finding a return specialist will likely be determined after the preseason. Henderson is probably out of the running considering he will have more carries. As of now, Nsimba Webster is may be the guy, but he will likely have some competition.