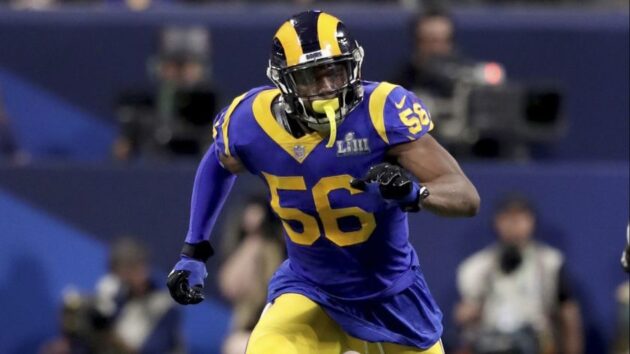 The bad news continues to pile up in the first week of free agency for the Los Angeles Rams. This time, Dante Fowler is departing from Los Angeles and off to the Atlanta Falcons, according to NFL Network reporter Tom Pelissero. The contract is a 3-year, $48 million contract.

The Rams traded for Fowler in the middle of the 2018 season. While he had a decent season, the Rams brought him back in 2019 on a 1-year deal. He had the best season of his career. In two seasons with the Rams, Fowler earned: 58 tackles, 20 tackles for a loss, 13.5 sacks, seven pass deflections, three forced fumbles and two fumble recoveries.

Fowler was originally drafted by the Jacksonville Jaguars third overall of the 2016 NFL Draft. He didn’t have a good start to his career since he sustained a season-ending injury before the regular season even began. Fowler didn’t see much success at all in the 2.5 seasons in Jacksonville.