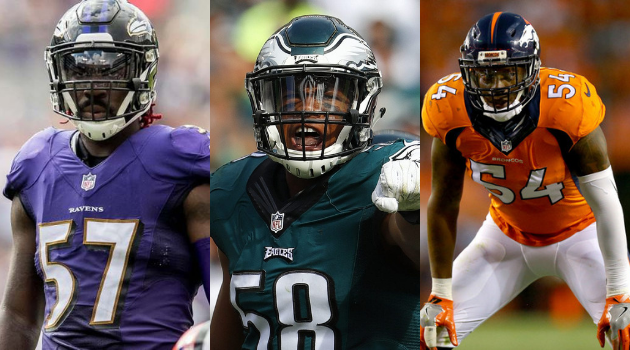 The greatest weakness of the Los Angeles Rams is at the linebacker positions. Cory Littleton is a restricted free agent but will likely be brought back. Mark Barron under-performed last season, and the Rams could cut him to save a little cap space. The ILB depth is bare too with Bryce Hager and Ramik Wilson entering free agency. It wouldn’t hurt the Rams to look at a potential new starter and depth at the position:

It’s not surprising to see Hicks on top of our wish list. Hicks is a well-rounded linebacker that can cover tight ends well. He managed to get 91 tackles and three sacks in just 12 games. The only knock on Hicks is his recent injury history. Teams will invest heavy on the young linebacker and he may be out of reach. But Les Snead invested in key players in the past like Andrew Whitworth. It’s a longshot but not a stretch.

Surely, I meant C.J. Mosley right? Not at all. Onwuasor is the most underrated linebacker of the four that’s up for free agency. It’s a huge oversight on the Raven’s front office. The thing is that there is no way that the Ravens can retain them all.

Onwuasor is a restricted free agent and that’s usually a sign that he will remain with the team. That said, the Ravens also drafted Kenny Young and he has impressed too. C.J. Mosley is the bigger name, but Onuwuasor is talented too and will be much cheaper. I wouldn’t mind Mosley obviously, but the Rams must be mindful of the salary cap. On a side note, he does have an awesome nickname as “Onwuasoraus Rex.”

Another cost-effective option could be Marshall. The best part of this signing would be his familiarity with Wade Phillips’s defensive scheme. Marshall did excel under Phillips while both were in Denver. He becomes a necessary filler for the position that could fill the spot for the next few years. A pure tackler lined up next to a covering specialist like Littleton would benefit the Rams tremendously. One thing to keep in mind is that injuries and production numbers are down for Marshall. The Broncos didn’t pick up his option, which is indicative of a loss in faith there.

It’s hard not to like Perryman. The guy can tackle and plays well in coverage. The biggest concern is his injury history. He sustained two consecutive season-ending injuries. You’d see him mentioned more with the likes of Hicks and Mosley if weren’t for the nagging injuries. I personally find him better than Mosley, but you can’t overlook his time off the field. Perryman still produced 51 tackles and an interception in nine games. He should be more affordable than Mosley and Hicks. This is a linebacker every team wants if he can stay healthy.

Brown is an under-the-radar option that the Rams could look into. He doesn’t miss too many tackles and is adequate in coverage. Brown did suffer a major knee injury at the end of last season. He only participated in seven games and contributed 42 tackles with two interceptions. Brown isn’t a big name and shouldn’t cost too much. He’s the type of linebacker that would thrive under Phillips’s defensive scheme. I expect the Rams to look at Brown if they don’t over-indulge at ILB.