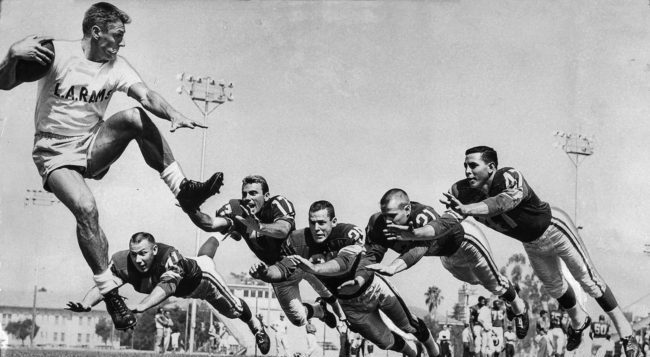 Derek Ciapala and Norm Hightower return with a packed episode of Rams Talk Radio. First, the guys discuss wide receiver Brandin Cooks’s five-year extension with the Los Angeles Rams. They look at the reasons for the extension and what it says about both Cooks and now former wide receiver Sammy Watkins. The guys also discuss the contract’s impact on defensive tackle Aaron Donald and even running back Todd Gurley.

Then Derek sits down with Rams’ great Eddie Meador to discuss his career and what it was like to play alongside the Fearsome Foursome. Meador also addresses the white elephant in the room, the Pro Football Hall of Fame. Finally, he gives his advice to young athletes entering the NFL today. Derek and Norm then give their thoughts on Meador’s career and answer whether or not he belongs in the Hall of Fame. Finally, the guys announce their Hall of Fame initiative to help raise awareness for members of the Rams family that belong in Canton.

You can read Derek Ciapala’s article on Eddie Meador and the Hall of Fame can be found here.