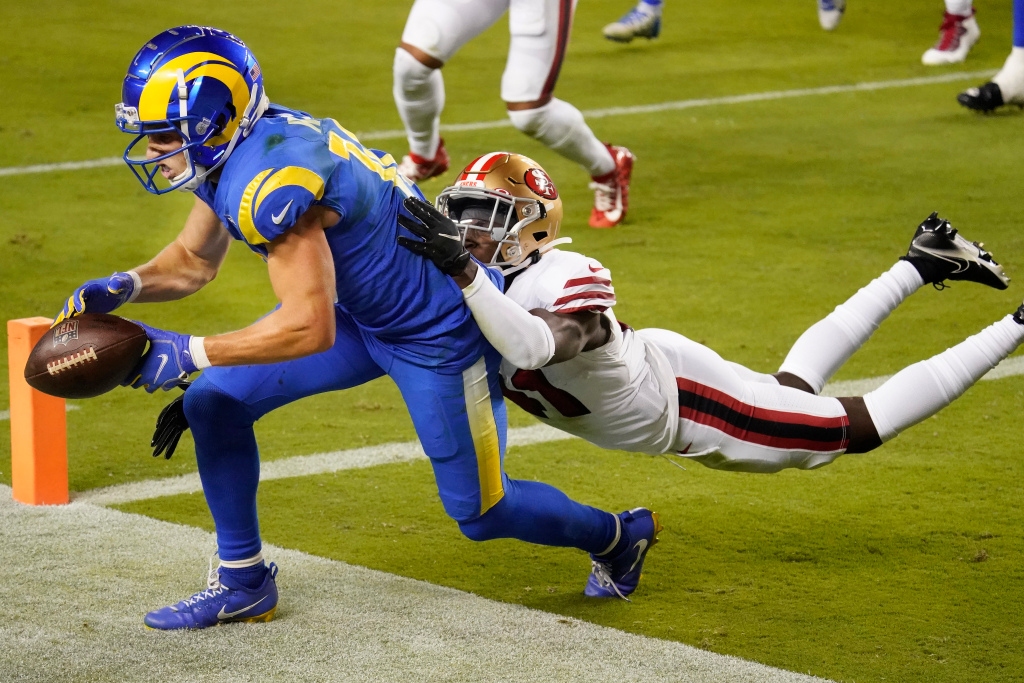 That slug to the gut you may have felt Sunday night came courtesy of the San Francisco 49ers who totally outplayed, out maneuvered and stymied Los Angeles in a 24-16 loss in front of national televised audience. What’s worse is, if the Rams (4-2) play like this on the big stage again next week, they will find themselves in dire straits after taking on Chicago Monday night.

I have to admit, I did not see this coming, not this abomination of football acumen. One doesn’t have to go far to see what a catastrophe this became:

That bad taste in your mouth will go away, because no matter how you look at this game, no matter what you take away from it, you just know Sean McVay and the players can’t be any worse than what they were in Santa Clara. Some of the players themselves admitted to their poor performance and aim to do better.

What hurts most is that it came against a team that had its back to the ropes, one more loss, especially in the NFC West division would have been one of the final nails in the coffin for the 49ers.
Granted, for the two previous weeks against the Philadelphia Eagles and Miami Dolphins, San Francisco (3-3) stunk it up as badly as the Rams did this week. So they needed a bounce back game and got it.

The Rams each year try to go undefeated in the NFC West, but a 5-1, or 4-2 record is optimal to make the playoffs. It means seven or eight more wins would be needed to get to 12 wins on the season. They had four coming in, which makes the Bears game even bigger. It’s difficult to think about playoff implications so early in the season, but the NFC West is just that good.

Darrell Henderson had a nice game for the Rams gaining 88 yards on 14 carries, but the one run that hurt the most came on a pivotal drive in the third quarter, with the team down 21-9. He had already had six carries on the drive, the last three for 20 yards to get to the 49ers’ 8-yard line. Inexplicably, he allows himself to be pushed out of bounds instead of trying to cut back in, for a loss of a yard. An incompletion and dreadful pass from Goff to Josh Reynolds, where Goff never looked off the defender and ultimately landed into Jason Verrett’s arms for an interception.

Goff has to be better than this. His 50 percent accuracy and sub-200 yard performance is not what the team or its fans are looking for. Facing another charged up defense Monday will make things difficult for Goff. It’s time to see if he can regroup with Kupp, Tyler Higbee and Robert Woods and get back on the winning track.

Always liking to end on a positive note, the defense again stiffened in the second half giving up just three points. Always a positive especially in close games.

The Rams finally return to the friendly confines of SoFi Stadium, still minus the fans, but it is still home.