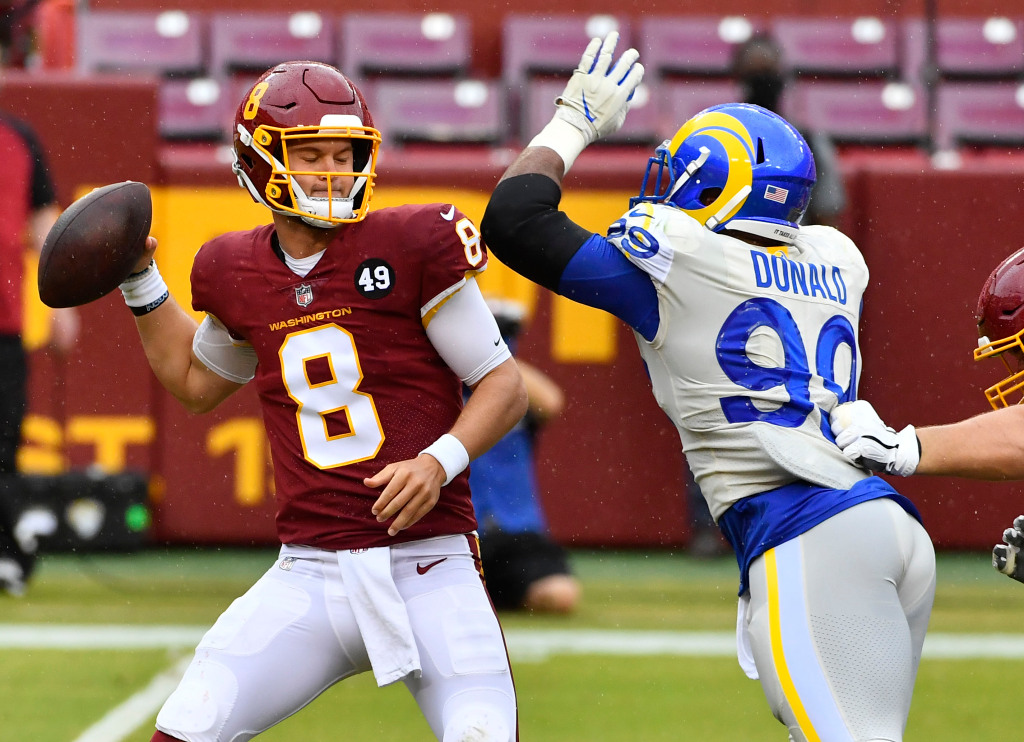 In the back of everyone’s mind was, “Which L.A. team was going to show up in Landover, Maryland?” Would it be the ever powerful offensive team that is among the league leaders, or the one that struggled against the Giants just a week prior? Would the defense show up for a full game, or once again only show up in the second half of the game?

The Los Angeles Rams (4-1) produced their most complete game of the season, albeit with some errors along the way, and a suspect special teams unit that has not found its niche in this young season, winning 30-10 over the Washington Football Team (1-4).

Aaron Donald racked up four sacks on the day. Troy Reeder played inside linebacker for a dinged up Micah Kiser, added three more sacks to the Rams total of eight for the game. In all, the Rams gave up just 118 yards of total offense to Washington and laid waste to QB Alex Smith’s (six sacks) triumphant return to the football field.

The Rams offense showed signs of recovery against another NFL also-ran team, as they produced 429 yards of offense, 300 coming from Jared Goff and his receivers. The team saw the return of Cam Akers from injury, which obliged for nine carries and 61 yards, 46 coming on one play.

The one unit struggling at the one-third mark of the season is the special teams. Another missed kick, poor tackling and returners who seem afraid to do nothing more than fair catch the ball (7 of 31 yards) is causing some concern at this point of the season, because all three teams are needed to move past the better teams as the season progresses.

It is possible that Sean McVay may need to shake up the cadence of the next game and call a first kick time out just to get Sloman’s mind right and let him breath a bit, before his first kick in the game.

Early on in the contest versus The Football Team, the momentum and outcome was decidedly different after Washington scored the go ahead TD and extra point, then added a late first half TD to grab the momentum at the half to make the score 20-10, and Sloman’s miss looked like it could cause some trouble.

I have to wonder though; it seems as if Tyler Higbee has fallen off of Goff’s radar since his three-touchdown performance. The thought here was Higbee was nearing the type of TE George Kittle has become. But his production has fallen off for sure. By design? Injury? With another road game in Santa Clara Sunday night, the Kittle-Higbee clash should be interesting.

The defense would also get a game ball, as they held Washington to 2.1 yards per play, did not give up a play over 18-yards (one) and this time blanked the D.C. team in the second half allowing the Rams to decisively defeat the upset-minded Football Team.

Getting to a 5-1 record this Sunday will be key to the Rams successfully returning to the playoffs.