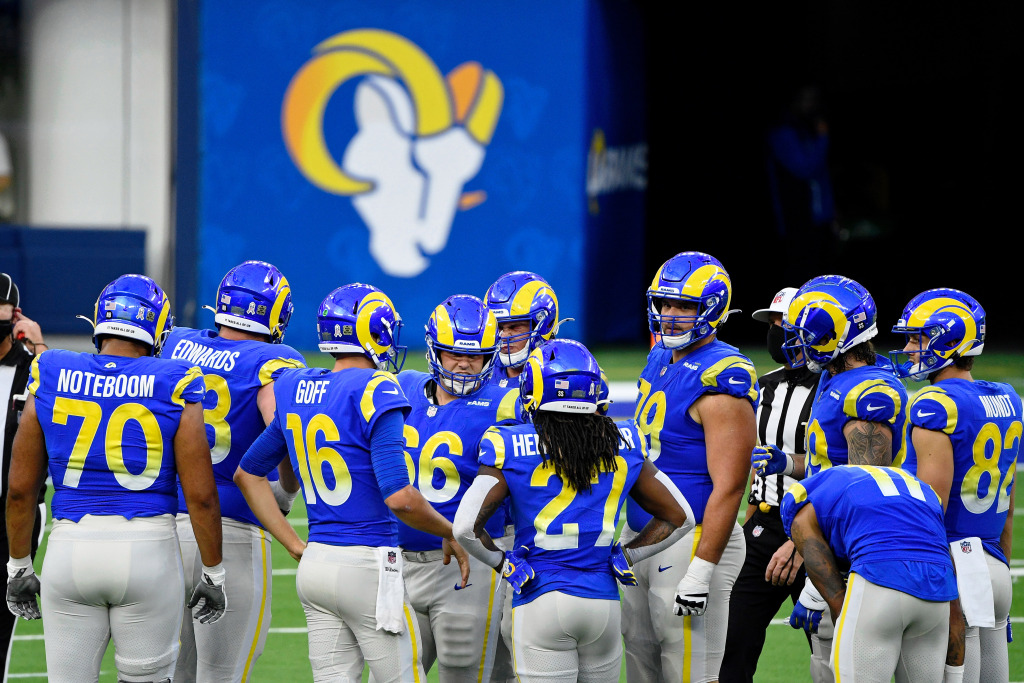 To say that their loss to the New York Jets (1-13) was humbling is the understatement of the season. The Los Angeles Rams (9-5) fell to the Jets at SoFi Stadium, 23-20. L.A. came into the matchup as 15.5-point favorites. Now, the Rams face the Seattle Seahawks (10-5) with hopes of clinching a playoff spot with a victory. L.A. is coming into the matchup as a 2.5-point underdog after their unexpected loss to New York.

The Seahawks are coming off a 20-15 win over the Washington Football Team (6-8) and currently lead the NFC West. Seattle still boasts the passing acumen of quarterback Russell Wilson, although the Seahawks are now twelfth in passing yards. They were ranked first in passing yards before Week 10 when the Rams beat them, 23-16.

Wilson has 344 completions on 490 attempts for 3,806 yards and 37 touchdowns for the season. He also has 475 yards rushing and one touchdown. Against Washington, Wilson threw 18 of 27 passes for 121 yards, one touchdown, one interception and had no sacks.

Wilson was able to spread the ball out to the usual targets. DK Metcalf led all receivers against Washington with five catches for 43 yards. Tyler Lockett had four catches for 34 yards and tight end Jacob Hollister had two catches for 17 yards and the only receiving touchdown for Seattle.

On the ground, the Seahawks had a strong game. Wilson ran 52 yards on six carries. Running back Chris Carson led with 15 carries for 63 yards. Carlos Hyde had an impressive 50-yard touchdown run, which was the majority of his 55 yards rushing on two carries.

The Rams defense will have their work cut out for them, especially after their struggles against the Jets. The Rams could not stop them as well as they had stopped most of their opponents this season. The good news for L.A. is that the defense usually does well historically against Seattle.

Star defensive tackle and recently named 2020 Pro Bowler Aaron Donald has sacked Wilson more than any other quarterback in his career. Unfortunately, he did not register any real stats against the Seahawks in Week 10. He did pressure Wilson and hit him twice. Look for Donald to be extra motivated this week to penetrate the line and hit Wilson again. Defensive linemen Michael Brockers and Sebastian Joseph-Day will also be stout up front and had strong showings in the past few weeks. Morgan Fox also had one sack against the Jets.

Middle linebacker Troy Reeder led in tackles against the New York with 11. He also had one pass defended. He has been a good replacement for injured Micah Kiser. Outside linebacker Samson Ebukam had the only other team sack. The linebacker corps will need to watch the run game and keep their eyes on the evasive Wilson.

Safety John Johnson still leads with 95 tackles. Safety Jordan Fuller and cornerback Darious Williams have seven interceptions combined with Williams leading the defense with four. Corner Troy Hill leads the Rams with two defensive touchdowns. The defensive back corps remains one of the best in the league with star corner Jalen Ramsey just named to the Pro Bowl along with Donald. Look for Ramsey to cover Metcalf again and take him out of play.  Lockett will be a good matchup for Hill or Williams, but the Rams will need to watch Russell’s tight end options.  Pressure up front will help greatly as it did in Week 10, but Wilson gets out of jams and completes passes when you think he is going down. The Rams cannot let their guard down or ease up on coverage.

The Rams offense has been troubled with inconsistency all season. They cannot seem to string three wins in a row and continue to make poor play calling. Quarterback Jared Goff performs badly under pressure, especially when the Rams’ offensive line collapses. Against the Jets, the offensive line did not seem to be on point. Two penalties on the line hurt the Rams: one that caused a touchdown by RB Cam Akers to be called back and the other pushed the offense back toward mid-field after a run inside the red zone.

The Rams O-line will be challenged to neutralize the Seahawks defensive line. Defensive ends Carlos Dunlap and Benson Mayowa, as well as, defensive tackle Jarran Reed have a combined 13.5 sacks. Strong safety Jamal Adams leads the Seahawks defense with an impressive nine sacks and 10 tackles for a loss. Adams has the uncanny ability to line up as a hybrid linebacker and make stops in the backfield.

Goff threw 22 of 34 passes for 209 yards and two touchdowns against the Jets. He had one interception and was sacked three times. The Rams ground game provided some relief. Akers powered through a high-ankle sprain with 15 carries for 63 yards. Woods also had a nice 40-yard run.

The Rams offensive struggles have been a frustrating focal point that needs to be addressed immediately going forward into the next two divisional games. If head coach Sean McVay can fix the problem, the Rams have great odds to beat the Seahawks again. Defense will need to set the tone of the game and take the lead as they have been doing all season.

The Rams special teams will need to correct their errors too. They had a major gaffe when the Jets blocked a punt.  Punter Johnny Hekker did not have a blocked punt in 120 straight punts. Some good did come out of the squad’s performances. Kicker Matt Gay made both of his field goals (long of 45) and extra points. Returner Nsimba Webster also made a great effort on returns, evading and breaking a few tackles.

A win in Seattle and a win at home against the Arizona Cardinals will make them NFC West champions. L.A. needs at least one more win to guarantee a playoff run.