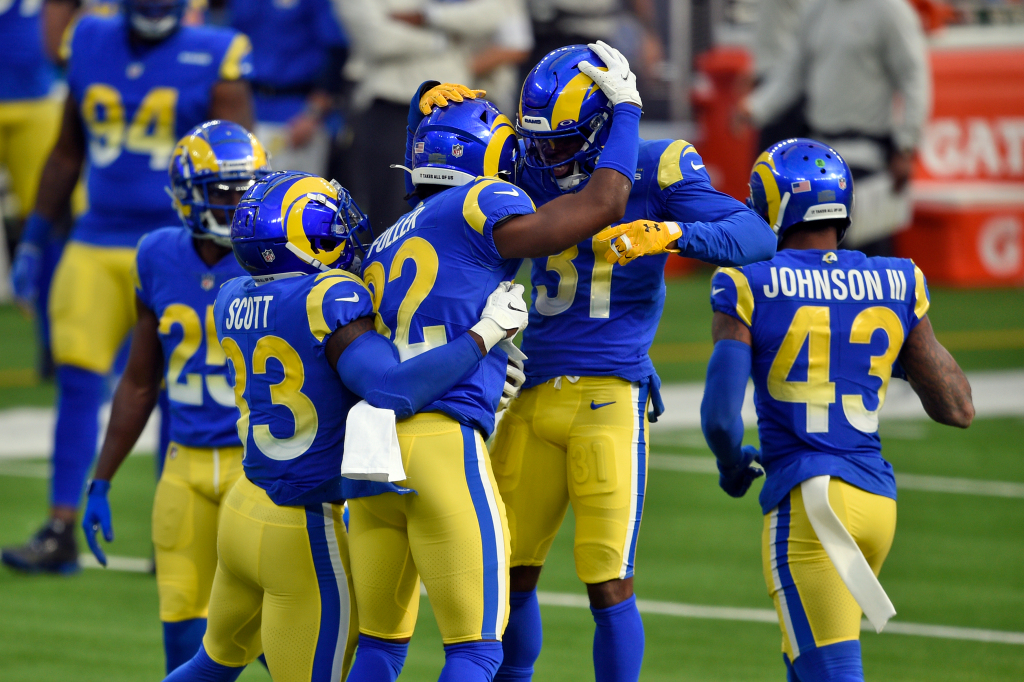 The Los Angeles Rams (7-4) is coming off a devastating loss over the San Francisco 49ers. Playoff implications became even tougher, especially since the Rams’ schedule is much more difficult than the Seattle Seahawks (8-3) and the Arizona Cardinals (6-5).

Don’t let the Cardinals record fool you, they are still a tough team. But they too are coming off a devastating 20-17 loss against the New England Patriots. In many ways, the Cardinals are in the same boat regarding their respective losses in Week 12. Both of their offenses were painful to watch, but both of their defenses kept them in the game.

Which QB will bounce back?

Jared Goff just had an atrocious outing that was riddled with turnovers and poor decisions. Last week, Goff completed 19 of 31 pass attempts for 198 yards, two interceptions and no touchdowns. What went wrong? The 49ers pressured him to the point where Goff was one of the main reasons the Rams lost.

This could be an issue because the Cardinals defense can be just as lethal. They are quick and are familiar with the Rams offense. Seeing Goff struggle so much last week, expect the Cardinals to bring consistent pressure. To be fair, Goff’s protection took a major step backward too. Being without their best offensive lineman Andrew Whitworth is tough, but Joseph Noteboom did a solid job, until last week. The offensive line needs to step up and find ways to drive the defenders back or at the least hold their blocks for much longer than they did in Week 12.

The Patriots completely limited Kyler Murray in their Week 12 matchup. Murray completed 23 of his 34 pass attempts for 170 yards, an interception and no touchdown. Usually, Murray tears up defenses with his mobility, but the Patriots defense limited him to just 31 yards. What was the Patriots’ secret? Nothing really different from the 49ers’ strategy, applied constant pressure. To be fair, the Cardinals offensive line is slightly banged up. We can expect both quarterbacks to look for a bounce back game.

Can either team get their ground game going?

Both the Cardinals and Rams had hopes for the ground game this season, but both have had mixed results. The Kenyan Drake experiment hasn’t been consistent at all this season. To put it into perspective, Drake has earned 719 yards on 168 attempts and seven total touchdowns. Murray, on the other hand, has 650 yards on 97 attempts for 10 rushing touchdowns. Now don’t get me wrong, Murray is extremely talented on the ground and could probably make a decent running back, but you would still hope for more production from your actual running back. This is also considering that backup running back Chase Edmonds has also performed better at times than Drake too.

That said, Drake is coming off a 78-yard and two-touchdown performance against a stingy Patriots defense. In other words, the Rams shouldn’t overlook Drake, Edmonds and most definitely not Murray.

There hasn’t been a ton of success for the Rams’ ground game either. The committee approach hasn’t worked well, partially due to playcalling. Darrell Henderson has led the way with 510 yards and four touchdowns on 120 attempts. Henderson’s mild success hasn’t flourished lately though. Malcolm Brown is slowly easing his way into his third-down back role. Cam Akers is the wild card because injuries earlier this season stalled his progression. He’s quietly earning more playing time.

This committee has potential, but it depends on if head coach Sean McVay will be patient with the ground game and not abandon it too early. Also, the offensive line must be able to create holes. The loss of Whitworth has handicapped the ground game a little too much.

DeAndre Hopkins and Jalen Ramsey are no strangers to each other. They have been rivals since they both played in the AFC South. These two are the highest paid players at their position, and for a good reason. They’ve been a part of some epic battles and we can expect the same in this contest.

While Hopkins is by far the Cardinals’ biggest threat, the Rams’ secondary will need to keep their eye on Larry Fitzgerald, Christian Kirk and Andy Isabella. Darious Williams, Troy Hill, John Johnson and Jordan Fuller will have a tough task this week.

Ok, so maybe Donald won’t face the entire offensive line, but we can expect double and triple teams. The reality is that teams can’t block Donald. So either multiple linemen block him or plenty of holds happen, sometimes both. The issue the Cardinals are facing is the offensive line struggles. Donald may not get mind-blowing stats, but sometimes guys like Leonard Floyd, Michael Brockers and Morgan Fox have benefited from his efforts.

That said, the rest of the Rams’ OLBs and ILBs will need to step up. The more pressure on Murray, the better the Rams’ odds are winning. It’s no secret the Rams have struggled particularly at ILB, especially with Micah Kiser on the IR. The 49ers exposed that area last week, Troy Reeder and Kenny Young must step up.

Both the Rams and Cardinals have had a nightmare of a season when it comes to the kicking position. The Rams started with rookie Sam Sloman and was cut earlier this season after missing too many extra points, some field goals and couldn’t consistently kick touchbacks. Then journeyman Kai Forbath came and didn’t fair any better. He did, however, get injured, which prompted the Rams to look at Matt Gay. So far, Gay has looked solid for the Rams through two games.

The Cardinals had plenty of ups and downs with their current kicker Zane Gonzalez. So far this season, Gonzalez made 16 of 21 field goal attempts and 34 of 35 extra point attempts. Gonzalez missed a crucial field goal last week against the Patriots and is partially why the team lost.

This will be a hard fought battle between two NFC West teams, but the team that can get their ground game going will likely be the victor. It won’t be easy for either side considering these are two extremely talented defenses. Both teams will be hungry for a win.