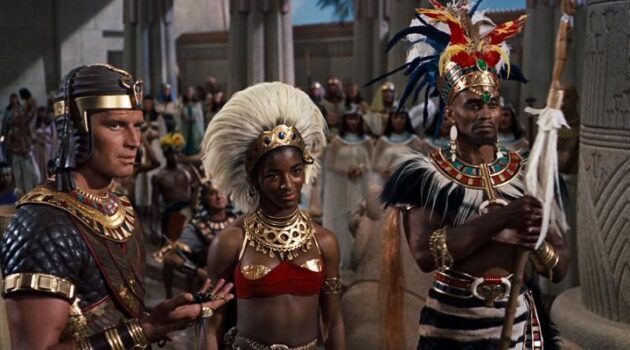 Looking back several decades, younger Rams fans may not remember the Los Angeles Rams who earned their reputation on the field, as well as, in the entertainment arena. Before the world of reality TV, players like Merlin Olsen, Roosevelt “Rosey” Grier, Roman Gabriel and Fred Dryer impacted the world of television and film. They are just some of the many former greats that made their mark on Hollywood.

Olsen had a starring role in the 1970s show, “Little House on the Prairie,” alongside Michael Landon. He also played the main character in the early 1980s western drama, “Father Murphy.” Olsen starred in two short-lived NBC dramas, “Fathers and Sons” (1986) and “Aaron’s Way” (1988). The formidable Fearsome Foursome left defensive tackle also did commentary for NFL and Rose Bowl games in the NBC broadcast booth. He had several television commercial appearances and was a spokesman for FTD florists. While playing his entire career with the Rams, Olsen made the Pro-Bowl 14 times and was the NFL Rookie of the Year in 1962.

Grier had his own Los Angeles-based community talk show and starred in one season of the popular 1960s-era show “Daniel Boone.” He also made several television appearances on shows like “The Smothers Brothers,” “Quincy,” “Kojak,” as well as, the film “Roots.”

Grier is currently a Christian minister and music artist. He serves on the board of several non-profit organizations dedicated to helping youth in urban communities. Grier joined the Rams in 1963 after a successful career with the New York Giants, helping them to win the 1956 NFL Championship. He became a part of the Fearsome Foursome and was a big threat to offenses at right defensive tackle.

Jones appeared in the 1978 film, “Heaven Can Wait” with Hollywood icon Warren Beatty. He also appeared in several network shows like “The Brady Bunch,” “Wonder Woman,” “Bewitched” and “The Fall Guy.” Jones starred in a memorable 1972 episode of “The Odd Couple.” In it, he played himself being paired up with one of the main characters for a commercial. Ironically, Jones also became a pitchman for Miller Lite beer commercials. Jones, also a Fearsome Foursome member, reportedly coined the term “sack.” He led the Rams defense in sacks for several seasons. It’s difficult to say how many sacks Jones had in his career since wasn’t an official statistic his entire career.

Lundy, the final piece to the Fearsome Foursome, had a small but fun part in the sci-fi TV show, “Lost in Space.” Lundy played a giant boulder-hurling cyclops. At 6-foot, 7-inches, he was perfectly casted for the role. He was also the most imposing defensive lineman of the group and the first to join the Rams in 1957. He had three interception returns for touchdowns in his career too.

Gabriel had a key role in 1969’s “The Undefeated” starring John Wayne and Rock Hudson. He played Wayne’s adopted Cherokee Indian son, Blue Boy. Gabriel also had several television show appearances including “Gilligan’s Island,” “Ironside,” “Laugh-In” and “Wonder Woman.” He was one of the greatest Rams quarterbacks earning NFL Most Valuable Player in 1969. Gabriel played in consecutive Pro Bowls in 1967, 1968 and 1969.

Dryer, also a former star defensive lineman, starred in the popular 1980s L.A.-based cop drama, “Hunter.” He also does his own radio show and currently runs his own independent film company, starring in some of the films. Dryer still holds the NFL record for getting two safeties in one game. He earned them against the Green Bay Packers in 1973 in a Rams 24-7 victory.

Youngblood starred in two made-for-TV action movies, “C.A.T. Squad” (1986) and “C.A.T. Squad: Python Wolf” (1988). He played a black-ops explosive expert named John “Roadmaster” Sommers. Youngblood is considered one of the toughest NFL players to have taken the field. He and Dryer played alongside each other at defensive end. Youngblood helped the Rams make it to Super Bowl XIV in 1980. He played the entire game with a broken calf bone suffered in their first-round playoff game. Youngblood played in seven consecutive Pro Bowls and in 201 consecutive games.

Receiving legend Crazylegs Hirsch starred in his 1953 self-titled biopic, “Crazylegs,” which also cameo-ed several Rams players. He also starred in the 1955 prison drama, “Unchained,” where he played a convict torn between serving his time or breaking out of a California prison. Hirsch also played an airline pilot in the 1957 movie “Zero Hour.” The plot revolves around the pilot falling ill and the crew desperately finding a pilot to land the plane safely. The comedy movie “Airplane” spoofed that plot. Hirsch helped the Rams get to four NFL Championship games in 1949, 1950, 1951 and 1955. The Rams won their first championship as a Los Angeles franchise in 1951. That was Hirsch’s career best season with 66 catches for 1,495 yards and 17 touchdowns.

Star quarterback Waterfield was married to Hollywood siren Jane Russell. They co-owned a production company where they turned out movies like “The King and Four Queens” (1956) and “Run for the Sun” (1956). Waterfield, who grew up in Los Angeles, was a two-time NFL champion quarterback helping the Cleveland Rams win the title in 1945 and the Los Angeles Rams win the 1951 title. He was also a placekicker and punter. Playing both ways during the L.A. Rams inaugural season in 1946, Waterfield led the defense in interceptions.

Washington made waves as the first African-American player to sign with an NFL team in the modern era. A 13-year unofficial ban kept him from signing six years earlier, but he signed with the Rams in 1946. In 1949, Washington had a supporting role as a doctor in the Oscar-nominated “Pinky,” a race-relations film. It was also the second-biggest box office draw that year. Washington still holds the franchise record for a 92-yard run in 1947.

Strode, a former teammate of Washington’s at UCLA and the second African-American player to sign in the modern era, had the most TV and film credits of all Rams players. Strode had roles in “The Ten Commandments” (1956), “Spartacus” (1960), “Sergeant Rutledge” (1960) and “The Quick and the Dead” (1995). He starred in “Sergeant Rutledge” as a U.S. Army sergeant in 1881 Arizona Territory who is accused of rape and murder. Strode earned a Golden Globe nomination for Best Actor in a Supporting Role in “Spartacus.” He played an Ethiopian gladiator that defeats Spartacus but refuses to kill him.

The Rams were accused of being distracted by the Hollywood scene and therefore not able to focus on winning Super Bowls or other championships. They do have one NFL Championship win for Los Angeles, so they certainly accomplished that. The players that made it in Hollywood also contributed a lot to the Los Angeles community. It wasn’t just about the glitz and the glamour, many of those players listed helped develop their communities too.