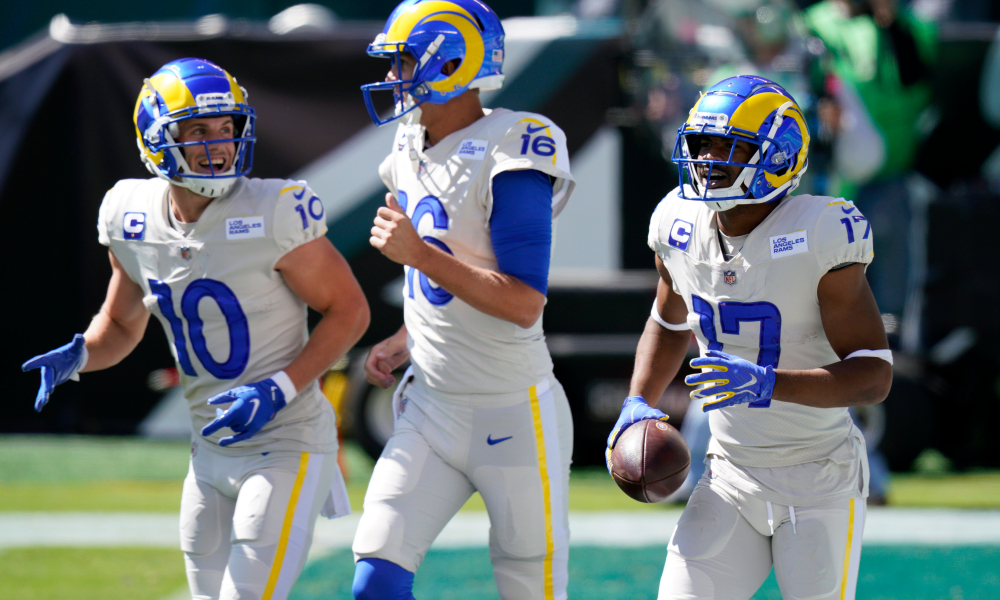 In a receiving corps that consisted of Robert Woods and Cooper Kupp, it’s hard to imagine what could possibly be missing. Even Josh Reynolds and rookie Van Jefferson are solid options. What exactly was the problem?

Well, let me be clear, the problem with the Rams offense in 2020 wasn’t really about the receiving corps. However, the Rams front office didn’t really improve it either. They had to rid themselves of Brandin Cooks’s contract and traded him to the Houston Texans. They essentially traded their only speedster to stretch the field.

It’s true that the Rams offense was shying away from those types of plays, but they limited themselves even more by doing so. For a more in-depth analysis on the receiving corps lack of speed, our Bob Smith has a great article to read up on.

Despite all of that, the receiving corps as a whole did a solid job:

Production was done in 2020 for Kupp. That isn’t to say he was terrible by any means, but he wasn’t as effective as he was in 2019. The most noticeable stat that declined severely is touchdowns. In 2019, he earned 10 touchdowns as opposed to the three earned in 2020. That’s not completely Kupp’s fault. The offense as a whole struggled to get in the end zone, but Kupp is guilty of a few dropped passes in the end zone.

That didn’t happen too often, which is why Kupp deserves a high grade.  Another thing to consider is Kupp’s importance to the offense. Whenever he sat out with an injury, most notably in the divisional round against the Green Bay Packers, the Rams offense struggled to move the football. It’s undeniable of Kupp’s importance moving forward.

There were a few games he disappeared in, but it’s likely that the offense and the playcalling factored in. While Woods wasn’t perfect with a few dropped passes of his own, he certainly is one of the best offensive weapons the Rams possess.

It’s difficult to say how much production Reynolds would have if he didn’t have to play behind Woods and Kupp. We can’t expect Reynolds to have huge stats, especially in a down year with the offense, but Reynolds was non-factor in several games. In fact, there was four games where he went under 25 receiving yards. Also, being a bigger target, I was hopeful that Reynolds would find the end zone more. Starting to see a trend here?

That said, there were also games where Reynolds made some spectacular plays. One of the more impressive aspects of his game is attacking the middle of the field. It’s doubtful Reynolds will be back in 2021, but he’s certainly a player teams will keep on their radar.

19 receptions, 220 receiving yards and one touchdown.

I’d like to point out, just because Jefferson received a B grade, that doesn’t mean he did slightly better than Reynolds or almost as well as Kupp. The grade is assigned to how well the player did with the expectations entering the 2020 season. That said, Jefferson was a rookie playing behind three talented receivers. He didn’t have a ton of opportunities. That being said, he did show flashes of promise with the little opportunities presented. Since Reynolds will likely be departing in 2021, we can expect a step up in production next season.

This said, while I personally think Jefferson is a gifted young receiver, it still puzzles me as to why the Rams front office selected him with Denzel Mims on the board. Mims may not be the better player, but he would have been a better addition to the offense since the lack of speed was apparent. That fact isn’t Jefferson’s fault, nor should it be reflected in his grading, but speed was certainly missed in the receiving corps.