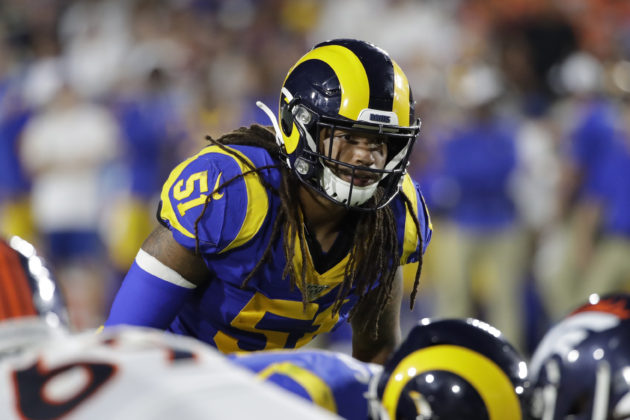 The move by Oakland fills a void after their starting linebackers were injured in their 34-14 loss to the Minnesota Vikings. Vontaze Burfict injured his elbow and both Marquel Lee and Nicholas Morrow suffered ankle injuries. The Raiders also promoted Justin Phillips from their practice squad in the process. Allen is currently slotted at middle linebacker on the depth chart behind Burfict and could see playing time in Week 4 against the Indianapolis Colts.

Allen’s departure from the Rams is disappointing to fans considering he established a large fan base in a short time. He led the defense with 22 tackles and one pass deflection during the preseason. Allen has  great potential. The Rams drafted him out of Texas Tech as their last pick in the seventh round. While at Tech, Allen was named first team All-Big 12 as a senior. He also starred in the Netflix original series “Last Chance U” while playing for East Mississippi Community College.

During the Rams final roster cuts on August 31, Allen was waived. The Rams then brought him back immediately to the practice squad on September 1. He was never activated by the Rams in the regular season, but his career trajectory may change quickly with the Raiders.