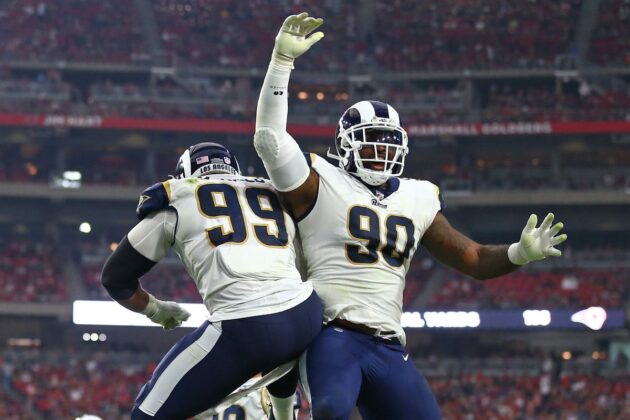 This is the second in a two-part series looking into the Los Angeles Rams’ biggest needs as training camp prepares to open in July. Part I looked at how the Rams might deal with COVID-19 and the team’s offense.

As training camp quickly approaches, the Los Angeles Rams will be evaluating the different needs entering camp and hopefully come out of it with some solutions, after their disappointing 9-7 record in 2019. The defensive and special teams will have to do their part this season as both units have seen some changes and will be needed to earn wins.

What strategy can new DC Brandon Staley bring to an already talented unit?

The defensive team in 2019 was built to “win now.” But what L.A. fans received a hodge-podge variety of performances. Looking like the defensive team that was hoped for after a 3-0 start, the Tampa Bay Buccaneers came along and threw up 55 points in a loss that was closer than the 95 points in the game might suggest. Two more losses in the season where the defensive unit gave up more than 40 points was against the Baltimore Ravens and the Dallas Cowboys. They really sealed the playoff deal for the team.

The defense became predictable under Wade Phillips, and more experienced quarterbacks around the league were able to pick apart the Rams’ schemes even after the Rams were able to audible out of a formation. Easy pickings, as they say in the South.

Enter Brandon Staley, a relatively unknown defensive coach with no coordinator experience, but nevertheless a student of defense guru Vic Fangio and 35 years younger than Phillips. On the positive side, Staley has worked as an outside linebackers coach after working in Chicago and Denver recently. In Chicago, Staley coached a position group that included outside linebacker Khalil Mack, and in Denver he worked closely with pass-rushers Von Miller and Bradley Chubb.

The next questions are will the Rams remain a 3-4 defense, or can we expect more 4-3 defensive sets? Also, will Staley be able to hide his defensive packages better than what fans saw last season? Early on in the off-season, it was believed the 4-3 was going to be the preferred system, but as things shook out with free agency and the NFL Draft the 3-4 is back in play.

The Rams could take a page from the Dodgers’ playbook this season and employ a system where the team has several players that can play several different positions. This will provide Staley a variety of schemes to counteract the wisdom of the wily quarterbacks of the league, while keeping players fresh each week.

One intriguing showing by general manager Les Snead and head coach Sean McVay at the NFL Draft was the pick of Baylor’s Clay Johnston, coupled with the FA signing of Leonard Floyd (CHI). Here we can see two players of the same mindset and physical abilities. Floyd is adept at pressuring the QB as he has had 49 of them in the last two years. Both players could easily play as ILB, OLB or even move to DE to show a different package.

The DL could also adopt the new attitude. Case in point: Brockers was deemed to be a new Baltimore player, so the Rams went out and signed A’Shawn Robinson out of Detroit to fill his place. Robinson was thought to be able to thrive in the three-technique style, and a return to his pre-injury form. With Donald on the line, it was expected that Robinson would get some more one-on-one assignments and allow him to bring up his sack numbers.

With the fortunate event of bringing Brockers back to Southern California, either player could be a super utility fill-in for each other on a line that now suddenly features interesting depth and may play into a role where the team might try to develop a 53-man roster into a 60-man type roster.

Players like Sebastian Joseph-Day and Greg Gaines, both nose tackles, could make things interesting for the defense if the 4-3 is employed for any amount of time. Joseph-Day is agile and mobile enough where the league could see him lined up over center or on the end in such a set up.

The defensive secondary played pretty well and has a strong cast of characters returning, with John Johnson, Taylor Rapp, Troy Hill and Ramsey, all able to play different cover schemes and have been adept at pass deflections and interceptions.

So in the end, the defense must come up with different packages, that are not easily identifiable, maybe switch back and forth between 3-4 and 4-3 defenses at the opportune times. Possibly take advantage of the some of the players’ strengths that allows them to play multiple positions. Finally, keeping opponents under 28 points each game will effectively give the team a better chance to win.

Staley has a talented draft class too that appears to be versatile enough to be a creative with defensive packages. Guys like Terrell Burgess and Jordan Fuller provide an added dimension that Staley will look to take advantage of.

Can the special teams recover from its significant losses in the offseason?

When you watched the Rams’ special teams over the past several seasons, there was good feeling that the unit was going to do something good or at least be productive. Greg Zuerlein was going to be good on 82% of his field goals, and John “Bones” Fassel was going to come up with some productive plays throughout the game.

Both are gone this year and off to the Dallas Cowboys. Fassel was replaced by John Bonamego who will be tasked on finding the right place kicker for the team and working with All-Pro Johnny Hekker. In a sense, Bonamego is fortunate to have a weapon in Hekker since he has proven to have a decent arm and vital in fakes.

Jake McQuaide is quite possibly the most important returner for this unit. McQuaide is experienced and has already worked with Hekker, but three new kickers trying out for the team, Austin MacGinnis, Lirim Hajrullahu and Sam Sloman will all be looking to get that perfect timing down during camp as one of them will try to fill the 8-year big-leg that departed with Zuerlein.

Training camp will be something to watch this season. So many changes, new personnel, and preferably, new schemes from the whole team.