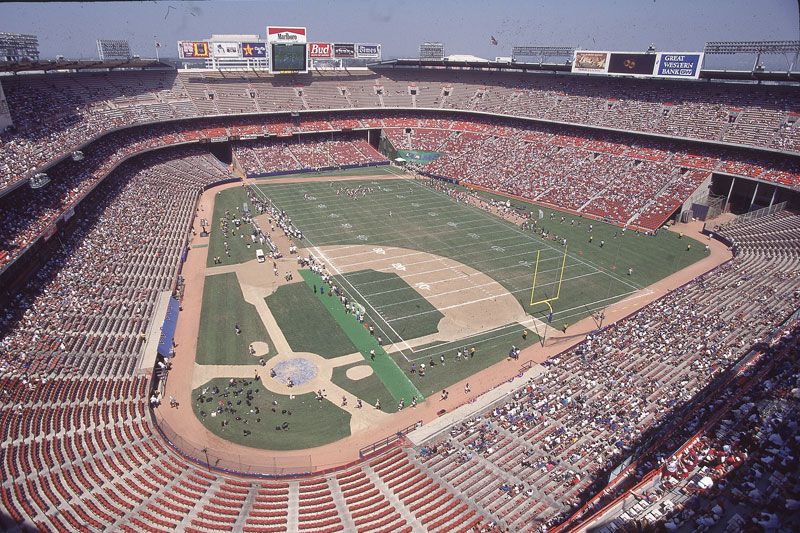 The date was January 20, 1980, and the Los Angeles Rams played in their first (and only) Super Bowl with the L.A. surname to date. This date was a high point the popularity of the Rams in Los Angeles. In the coming years, the Rams suddenly faced an extremely saturated sports market full of championship teams. Their new challenge was to stay relevant in a market that had a winner in baseball, basketball and in football with a rival NFL team moving in. The emergence of the Dodgers, Lakers, and Raiders watered down the popularity of the Rams fanbase.

The 1980 sports year changed the Los Angeles sports scene forever. In addition to the Rams moving away from Los Angeles, the Lakers and Dodgers became the city’s most popular teams.

The Los Angeles Lakers drafted Michigan State’s Magic Johnson in the first round of the 1979 NBA Draft. One year later, the young rookie led the Lakers to the their first of five championships in the decade. It wasn’t just the championships that made a difference. The Lakers played a style of basketball that was appealing to the eye. When you add a winning ballclub, an entertaining style of basketball and superstars at every position, it is easy to see why the Lakers rose to such prominence in the 80’s.

The success of Major League Baseball’s Los Angeles Dodgers throughout the 1960’s and again in the late 70’s catapulted the franchise into prominence. When a young phenom from Mexico named Fernando Valenzuela made his debut in September 1980, the city became all about Fernandomania and the Los Angeles Dodgers. The Dodgers won the World Series in 1981, and coupled with the emergence of the young pitcher, the fans were hooked.

The Dodgers and Lakers had star power and the championships to go along with it. Yet the Rams were still the main football show in Los Angeles. That was until 1982 when the Raiders left Oakland for the Rams’ old home at the L.A. Coliseum. Then the Raiders accomplished something in its second season in L.A. that the Rams had failed to do in all of the 1970’s with all of their playoff appearances: win the Super Bowl.

The Raiders also brought some serious star power of their own. Running back Marcus Allen became the face of football in Los Angeles in the early 80’s, captured best by his famous run in Super Bowl XVIII against the Washington Redskins.

The Rams struggle in Anaheim

After making a Super Bowl appearance in the 1979 season, the Rams’ struggled through two lackluster seasons in 1981 and 1982. They played a boring style of football, lacked star power, and generally left fans watching a poor product.

Fortunately, the Rams addressed the problem by selecting SMU star running back Eric Dickerson with their first pick in the 1983 NFL Draft. He immediately paid dividends by setting new rookie records for rushing in 1983. Dickerson followed it up by breaking the NFL single-season rushing record (2,105 yards) a year later.

However, the Rams failed to generate the same buzz ast the other three franchises that took hold of the market. Even today, the Dodgers, Lakers, and even the Raiders have such a huge following today. The Rams were not properly promoted at that time, which is a direct reflection on Georgia Frontiere’s ownership. Look for more on that in Part 3 of this series.

Check out Part 1 of Martin Cruz’s series on the L.A. Rams’ relocation to St. Louis here.