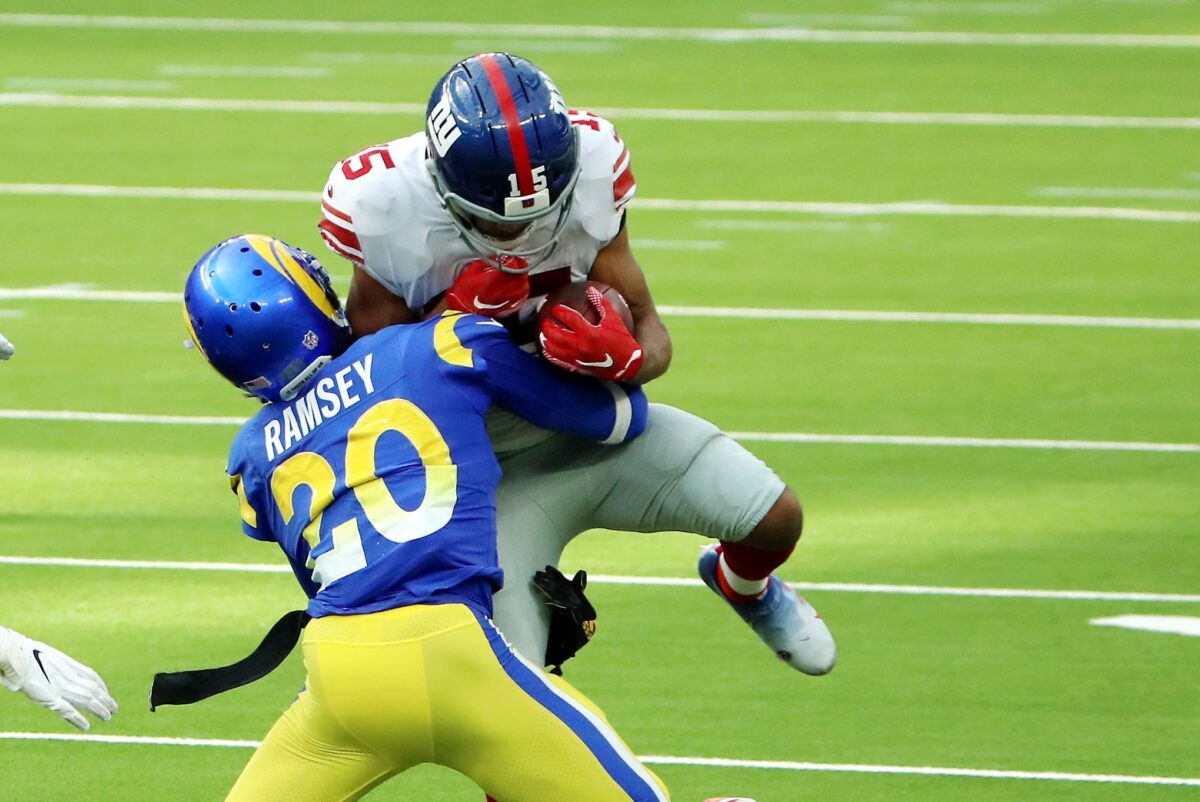 Coming into the game versus the New York Giants, referred to as a gimmie game, I was looking at how the Los Angeles Rams would respond to last week’s performance. If they take the Giants too lightly, how will the defense play in the secondary and can the offense sustain its early season success?

In the end the Rams earned a somewhat surprising hard fought football game against the undermanned and surprisingly resilient Giants. Los Angeles moves its record to 3-1 on the year, matching last year’s record, and gives the team a better-than-average chance to reach 4-1 against Washington Sunday.

If you were to ask me what my immediate take away from this game was, I would have to say, “Happy that the defense improved somewhat? Concerned the offense took the NYG defense too lightly! But I will take the win above all!”

Without Saquon Barkley and Jabrill Peppers, the Giants came in undermanned but still had the ability to cause some concern for the Rams who looked sluggish after a Gerald Everett fumble. It wasn’t until Cooper Kupp’s 55-yard touchdown catch that L.A. finally had some breathing room in the fourth quarter.

Defensively, I was truly impressed with the activity level, especially that of Leonard Floyd. Although the defense seemed to take a step back off the throttle, it once again produced a solid effort to keep New York off the board, especially in the second half again, which is becoming a nice trait to have.

The Rams have outscored their opponents 59-23 in the second half, 14 of those defensive points came in the Buffalo game, where the Rams scored 29 points  themselves.

Darius Williams has become such a pleasant surprise this season, despite his botched coverage against the Bills late, he came up with a second game-ending interception, this time nabbing a Daniel Jones pass deep in Rams territory.
Offensively, the team had and looked frustrated after their typical game-opening drive. Darrell Henderson, Jared Goff and Malcolm Brown all looked sharp on that drive, which ended with a surprise wrinkle when Everett took the ball on a jet sweep around the left end for the game’s first score.

Goff went to the well once too often on the next series, his next pass was on the money to Everett, but the tight end turned up field slightly and was popped, losing the ball and for all intents and purposes, the momentum of the game as well.

A tip of the cap to Sean McVay for trying to stick to the run game early on. Goff was 13/16 for 89 yards, and the Rams were maintaining the run game, which was a good sign for further play-action plays.

One had to feel the air deflate from the football, when the Rams blew a first and goal from the 5-yard line and only came away with a Sam Sloman field goal. Disappointing, especially when L.A. was ranked 14th in the NFL on production inside the red zone.

• In this case a series of plays: Defense: First play for NYG is a pass Floyd brings huge pressure; second play Samson Ebukam sacks Jones; Floyd pressures again on third and long for a short screen pass and a punt.
• Defense’s second stand: Morgan Fox lands a strip sack but the ball is recovered by Jones. Aaron Donald gets into the backfield forcing another dump off by Jones. Interestingly enough, he only had one blocker on him that play. Punt.
• Everett turnover turns into NYG field goal cutting the Rams’ lead to 7-3.
• Fourth Quarter: After a Graham Gano FG cut the lead to 10-7, Raymond Calais takes a gamble and comes up with a 41-yard kick return.
• Is the game getting away? The defense gives up a Wayne Gallman Jr. 26-yard run play only Taylor Rapp misses the initial tackle; the rest was a dazzling effort by the back.
• Jalen Ramsey scores a knockout blow on Giants’ receiver Golden Tate, which incidentally carries over after the game. It was a drive stopper and ignited a spark into the offense.
• Kupp 55-yard touchdown from Goff 17-9; Goff looked to three different receivers before going back to Kupp in the seam on 1-1 coverage.

Through four games we have seen a variety of game action, each with its own intrigue. At least the Rams are keeping us in our seats within our own homes, since they can’t have us there with them.

Next week I will be looking for consistency from all three teams and for possibly the first full game of good play as a team.