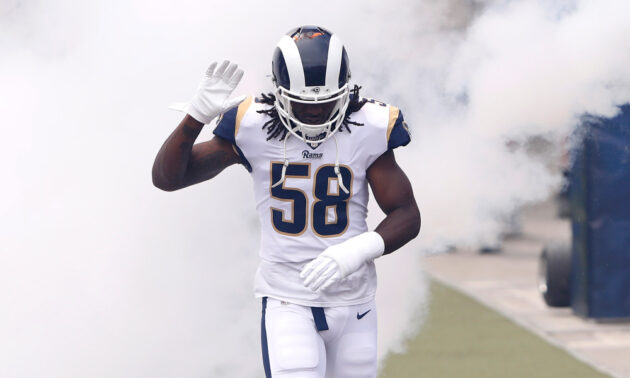 Former Los Angeles Rams linebacker Cory Littleton will reportedly sign with the Las Vegas Raiders. The contract is for three years and worth up $36 million with a base salary of $11.75 million/year, according to NFL Insider Ian Rapoport.

It was to be expected that Littleton was not going to be in a Rams uniform next season because of the generated interest in the young linebacker. With a underwhelming salary, it wasn’t feasible for the Rams to re-sign Littleton.

Littleton went undrafted and signed with the Rams in 2016. The Washington Husky made an immediate impact on special teams and eventually became a starter. In four seasons with the Rams, Littleton earned 315 tackles, 20 tackles for a loss, 8.5 sacks, six interceptions, 26 pass deflections, three forced fumbles and four fumble recoveries.

This leaves another huge hole for the Rams defensively. This comes just a day after the Rams lost DL Michael Brockers. Replacing Littleton will prove to be a lot more challenging. One of the reasons Littleton got paid is because he’s a tackling machine that can cover.