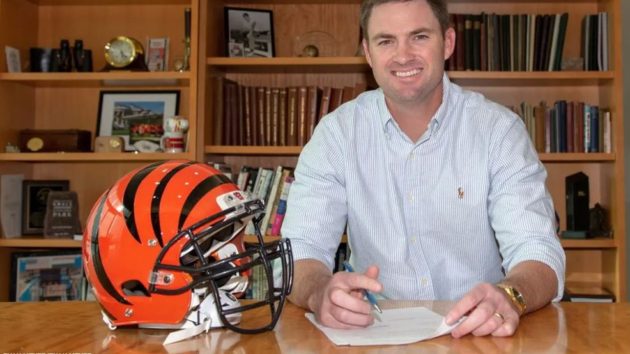 It’s only been two years since head coach Sean McVay joined the Los Angeles Rams, and the proverbial  “McVay tree” is growing. The newest to branch out is former Rams quarterbacks coach Zac Taylor.

Taylor, 35, is officially the head coach of the Cincinnati Bengals. Taylor will join McVay as one of the the youngest head coaches in the league. The Bengals are known for its long-term commitment to their head coaches. They recently went their separate ways from Marvin Lewis after nearly two decades of service.

Taylor made a major jump from Rams quarterbacks coach to Bengals head coach after only two years of working for McVay. But, Taylor doesn’t have any intention of becoming the league’s next McVay. “If I try to be Sean McVay, I’m going to fail,” explained Taylor in a recent interview. “I’ve learned a lot from him, but I’m going to be Zac Taylor and do the best I can my way.” Not a bad idea heading into his rookie year as a head coach.

Now McVay will be on the lookout to add another piece to his coaching staff. The Rams will also begin to looking to plan for free agency and the NFL Draft.