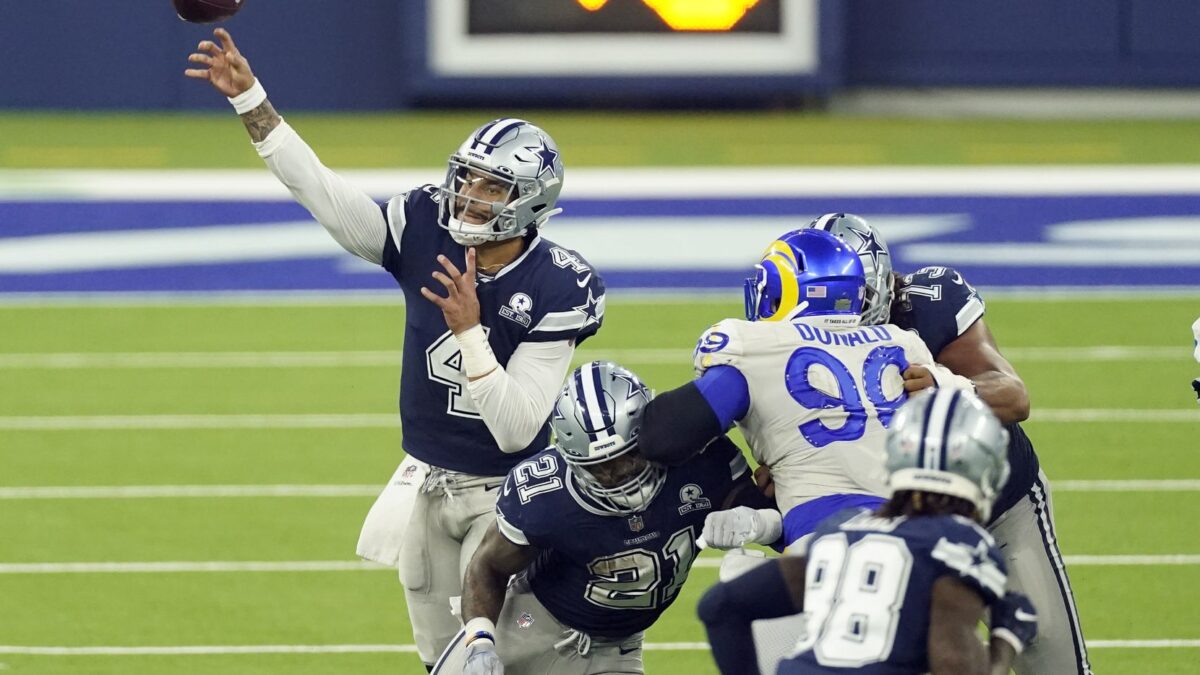 Before coming into Sunday’s game against the Dallas Cowboys, I looked back at the December 15 game against Dallas where it is believed the Rams season was lost in a 44-21 shellacking at the hands of the Cowboys.

There were key points I was looking for in this game, where it I felt Los Angeles needed to shore up its inefficiencies from last season. Primarily, there was a concern for the Rams defense and how it was currently constructed around Aaron Donald and Jalen Ramsey.

The Los Angeles Rams defeated the Cowboys 20-17 Sunday, and continued their opening game dominance under head coach Sean McVay, moving to 4-0 since returning to L.A.

My initial thoughts from this game came almost immediately as I saw the Rams offense come out and perform almost flawlessly. Scoring on it first possession, a history making 2-yard touchdown run by Malcolm Brown at SoFi Stadium, was huge. Goff was crisp with his passes, the running game was fluid and despite the fact kicker Sam Sloman missed his first-ever NFL field goal, the team still seemed to be in control.

Another good sign was the appearance of Donald on Dallas’s first drive. He registered his first sack of the season, showing he is in mid-season form. Donald didn’t register his first sack in 2019 until a Week 3 game against the Cleveland Browns.

It’s a well-known objective to keep the best players of the other team off the field. Dak Prescott is one of those players. The Rams offensive ball control was amazing in the first half of this game. Goff and his teammates ran 24 plays in the first quarter alone, garnered nine first downs and Goff was 9/11 for 105 passing yards.

Not all went well for the Rams though. On a second quarter drive by Dallas, Ezekiel Elliott took a pass from the 19-yard line and scored an easy looking touchdown, after two missed tackles by the middle linebackers. Yes, he can make LBs do that, but too many of those types of plays could hurt the team down the road.

One disconcerting feeling was how the first half ended. Despite L.A. having all four drives enter into the red zone and coming away with a touchdown and two field goals, the team was still down 14-13 and Dallas was due to get the ball first in the second half.

Still it was a pleasant feeling to see the Rams playing as well as they were.

The Rams defense applied itself in the second half limiting the Cowboys to just three points. Except for Dallas’s final drive, no stop was more important than the first of the second half. Dallas appeared to be on the move, but on a third-down play with four yards to gain, Michael Brockers came in and sacked Prescott back into Dallas territory to stop the threat.

The Rams offense seized the opportunity immediately, helped by a great catch and run by Josh Reynolds, when Brown scored from one-yard out and a 20-14 lead that held up throughout the rest of the game.

Certainly have to mention the $5 billion new stadium is just beautiful. So many great games, players and events will be held in this palace for years to come.