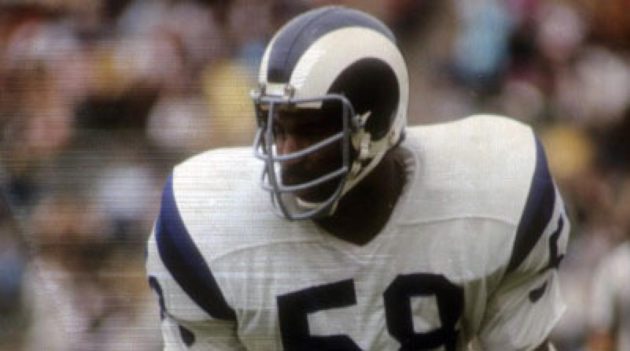 Los Angeles Rams legend Isiah Robertson died in a car accident on a Texas highway late Thursday, December 6. The accident reportedly occurred due to a combination of rainy conditions.

The 69-year-old Robertson lost control of the limousine he was driving and skidded into oncoming traffic. Two vehicles struck and knocked Robertson’s vehicle into another car. The other drivers have reportedly survived the accident.

The Rams selected the former Southern University star with the 10th overall in the 1971 NFL Draft. Robertson immediately became an impact player, and earned Defensive Rookie of the Year to prove it. He earned six Pro Bowl berths and a place on two All-Pro teams during his career.

Robertson played in 111 games for the Rams, starting 102 of them. He recorded 18 interceptions for 266 yards and two touchdowns withe Rams. Robertson also recovered 11 fumbles and returned one for touchdown.