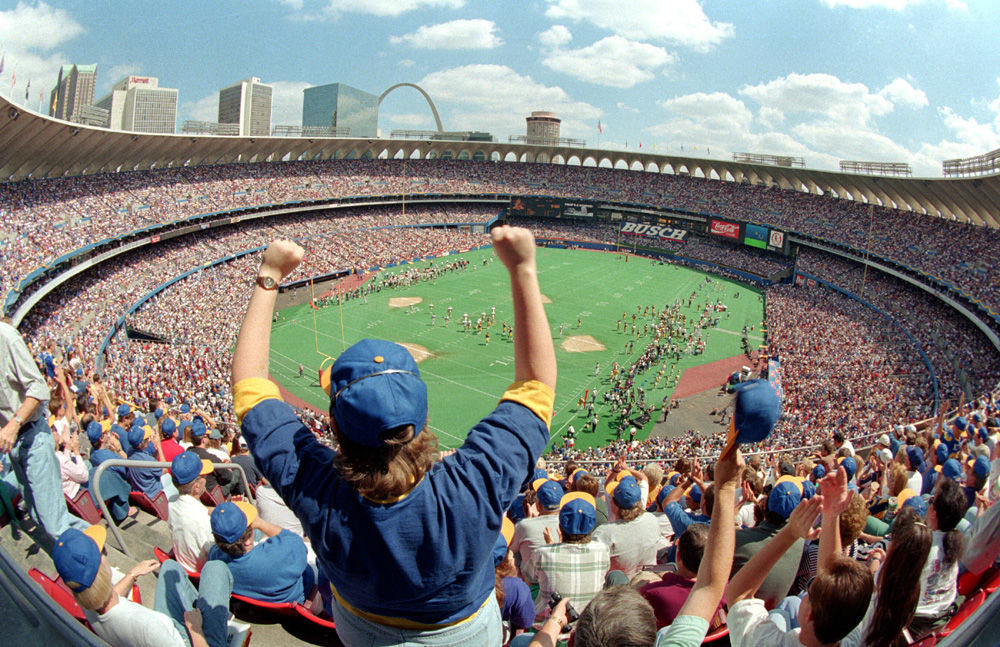 In the first three parts of this series, we examined how changes in ownership, poor stadium situations, and a very competitive sporting market set the wheels in motion for the Rams to leave Los Angeles 22 years ago.

The Los Angeles Rams’ performance on the field took a nosedive starting with the 1990 season. Expected to make a run at the Super Bowl after getting to the NFC Championship game the year prior, the Rams stumbled to a 5-11 finish. Ownership began selling off any valuable asset to begin the rebuilding process. The front office failed to replenish that talent, and the Rams did not win more than six games in any of their final five seasons in L.A.

Fans stopped showing up. Anaheim Stadium provided a poor fan experience, and combined with a terrible football team and competition from the Raiders, attendance plummeted. Fan interest became nearly non-existent. Georgia Frontiere finally destroyed the remaining goodwill of the fans. Games were not televised locally, which continued to hurt Frontiere’s bottom line. By 1993, it was clear that Frontiere was entertaining offers from other cities to move the team.

Frontiere almost moved the team to the city that had already lost one franchise, Baltimore, in 1993. Although the owners rejected the proposal to relocate the team from Southern California to Baltimore, the damage was done. The fans rejected Frontiere’s behavior and their interest in the Rams entered its death spiral.

As Frontiere began to look at options in other cities, a group of business and civic leaders formed FANS Inc., an organization dedicated to lure an NFL team to St. Louis in 1994. Over the next 12 months, FANS Inc. met with Frontiere to strike a deal to move the team to the Midwest. After months of negotiations, Frontiere and St. Louis reached an agreement to move the franchise in time for the 1995 season.

Frantic to keep the team in Southern California, a grassroots movement led by mogul Leigh Steinberg, attempted to keep the franchise from moving out of town. Repeatedly, Steinberg offered to buy the franchise. Frontiere ignored Steinberg’s Save the Rams and continued with her plans to leave.

FANS Inc. offered to pay the cost to get out of the Anaheim Stadium lease and pay a large chunk of the stadium’s expenditures. Long story short, St. Louis paid the bill to get the Rams.

In January 1995, the city of St. Louis and Rams owner Georgia Frontiere agreed to the relocation of the franchise to the Gateway City. The NFL initially denied the Rams’ relocation request. However, Frontiere responded by threatening to sue the league. Not willing to face a court battle, the NFL voted 23-6 to approve the relocation in April 1995. It would be 22 years before the Rams (under a similar situation) returned to the place it had called home for 49 years.