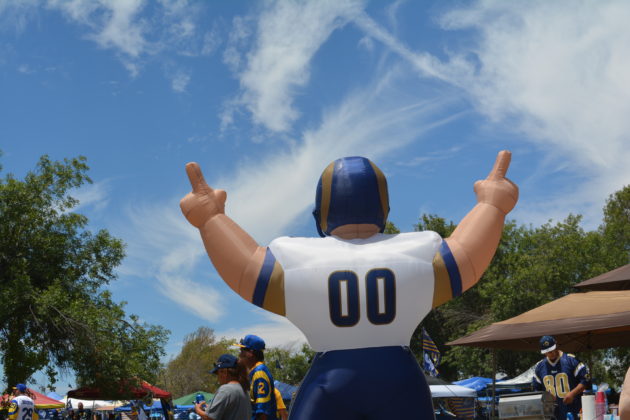 Part 1 of our 2-part podcast from RamFest hits the internet with a bang. This live podcast starts off with former Los Angeles Rams kicker Tony Zendejas, who talks about his life in the game and how kicking has changed in the NFL. Then Ram Central Booster Club’s Manuel Moreno stops in and discusses his favorite games and enters the Rams’ greatest running back debate. Ralph Valdez Jr. from the So. Cal Rams Booster Club follows up with a look at the impact of the team on families among Rams fans. He also gives his take on the Los Angeles sports market as a whole. Finally, former Rams running back Robert Delpino remembers his time in the NFL and thanks the fans for their supporting for both the team and players.

Special thanks goes out to the So. Cal Booster Club and Jim Hock for their support.